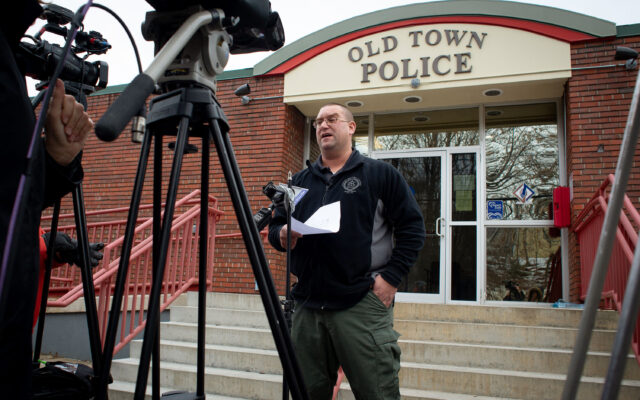 Contributed News • April 9, 2021
An Old Town police officer who shot and killed a New Hampshire man after a traffic stop more than two years ago acted in self-defense, according to the Maine Attorney General’s office.

An Old Town police officer who shot and killed a New Hampshire man after a traffic stop more than two years ago acted in self-defense, according to the Maine Attorney General’s office.

Officer Joseph Decoteau stopped Adrian Bunker, 37, of Merrimack, New Hampshire, for suspected speeding on Stillwater Avenue at about 3:25 a.m. Nov. 29, 2018, according to the report from the attorney general’s office investigation. When Decoteau spoke with Bunker, he did not make sense.

Bunker told the officer that he was coming from Old Town and heading to Cambridge, a town near Newport, when he was headed in the opposite direction, the report said. Bunker, who according to his obituary grew up in Cambridge, also said that he did not want to live.

Decoteau called for backup and Officer Daniel Davis quickly arrived. Both officers ordered Bunker to get out of his gray Silverado pickup truck but he refused.

Bunker drove off and the officers pursued him. He stopped again about a quarter-mile away from the original stop. Davis pulled in front of the truck and Decoteau pulled in behind it, according to the report. Decoteau drew his weapon once he was out of his cruiser.

Through the rear window of the truck cab, he saw Bunker pointing a handgun, held in his right hand, at the right side of his head. Both officers repeatedly ordered Bunker to drop the gun but he refused.

Bunker then pointed the gun at Decoteau, who fired, the investigation report said. Bunker was struck once in the back of the head.

The incident was recorded by Decoteau’s cruiser camera.

The autopsy showed that Bunker’s blood alcohol level was 0.17 percent, more than twice the legal limit of 0.08 percent, and he had been taking antidepressants. Investigators found that Bunker had been drinking heavily and depressed since his brother’s suicide in June 2018.

A request for comment from Old Town Police Chief Scott Wilcox on the report’s conclusions was not immediately returned Wednesday.

Decoteau has been on the Old Town police force since December 2017.

The attorney general’s office investigates every use of deadly force by a Maine law enforcement officer.

The finding in the Old Town shooting was the second deadly force report about a Bangor-area police shooting released in the past week. On Friday, A former Bangor police officer was found to have acted in self-defense when he shot and wounded a man brandishing a knife on Grove Street more than two years ago.

Also on Wednesday, the attorney general’s office cleared four officers in the February 2020 shooting death of an Auburn man in Minot.