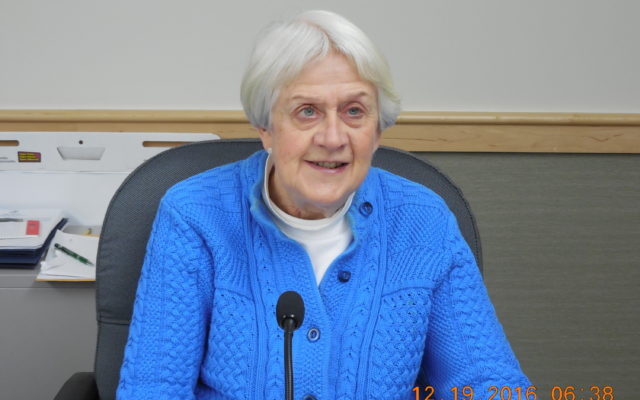 Carol May retires from The Penobscot Times

Nina Mahaleris • December 29, 2020
OLD TOWN, Maine — After more than 50 years behind the desk, Carol May is retiring from The Penobscot Times.  May is a household name in Old Town.

OLD TOWN, Maine — After more than 50 years behind the desk, Carol May is retiring from The Penobscot Times.

May is a household name in Old Town. At 73 years old, she’s remained active in the community, serving various organizations such as the city council, riverfest committee and the Old Town Museum Board.

A native Old Town person, May’s passion for the community paper was undeniable. She began her more than 50-year career at The Penobscot Times in the early 1960s, while she was still in junior high school. She continued to work part time for the next several years, always keeping in touch with the paper — even as she moved on to pursue an English degree at the University of Maine.

As the newspaper grew, May grew alongside it, she said.

“Carol is the rock that kept the paper flowing for many years,” Lynn Higgins, advertising representative and May’s longtime co-worker, said.

“[She’s] the type of employee that gives 24/7. You could always depend on her. I am proud to have worked alongside her for 22 years. The paper and community will miss her greatly.”

Her son had a different take on his mother’s relationship with the paper.

“We always felt like [The Penobscot Times] was her third child that never got in trouble for poor report cards,” Michael May said. 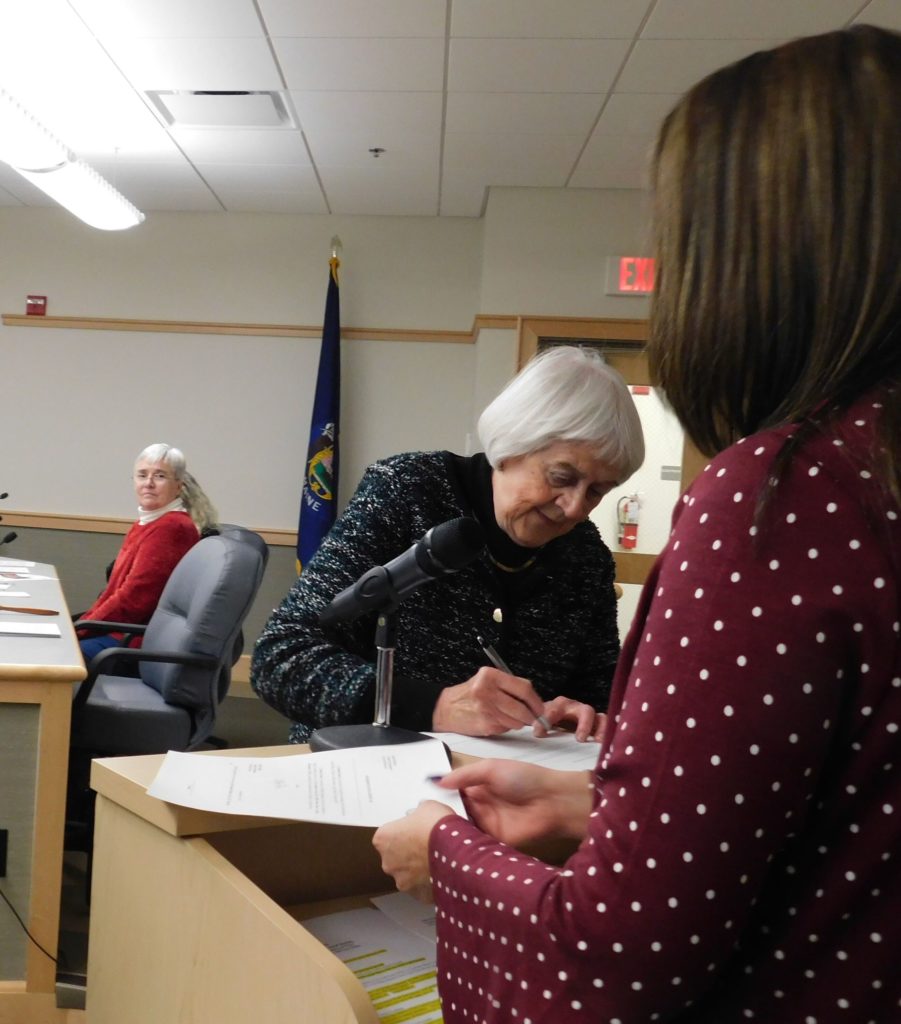 Incumbent councilmember Carol May, who also works at The Penobscot Times, signs her oath of office during the Old Town City Council meeting. (Nina Mahaleris/Penobscot Times)

Outside of The Penobscot Times, May held key roles in other community groups. She was a staunch supporter of the library, Cindy Jennings, director of the Old Town Public Library, said.

May was part of the committee that hired Jennings in 2007.

While the two bonded over a shared love of books, it was May’s connection and dedication to bettering the community that really stood out. “Her love of Old Town is amazing,” Jennings said. Passionate about local history, May also helped the library push forward in its effort to digitize The Penobscot Times archives.

Through the years, May became the go-to person for local happenings and community history. “She’s a fog of information. If you want to know anything about Old Town, you talk to Carol,” Jennings said.

May has been part of the Old Town Museum board for about 20 years and even served as president for several years, member Bill Osborne said. As a longtime Old Town resident, she’s one of the knowledgeable members of the board, he added. “The museum is very lucky to have someone of her capabilities and knowledge and [we’re] looking forward to her [service] for a number of years to come.”

May also currently serves on the Old Town City Council — a position she’s held for several years. She was re-elected to a three-year term in 2019. Before the re-election, May laid out her hopes for Old Town, which focused on the city’s future economic growth and development.

May said she feels like she can never fully retire because that’s just not what she does. But as her chapter at The Penobscot Times comes to an end, she plans to stay as active as ever in the community by spending more time helping out at the museum. Still, she said, she’ll miss the usual visits from customers dropping by to pick up a newspaper or to have a quick chat.

“That’s what I’ll miss most — seeing our Penobscot Times friends coming into the office.”