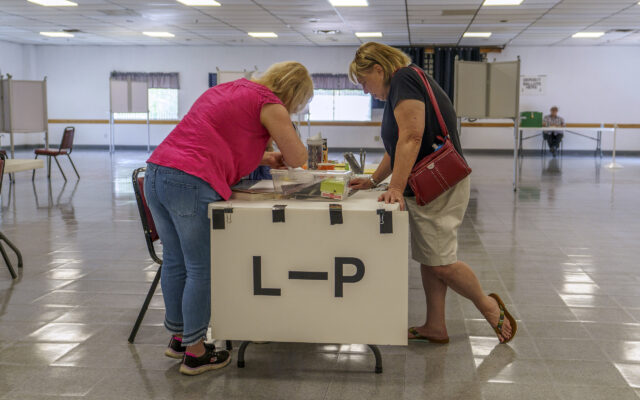 Sawyer Loftus • August 31, 2021
The city of Old Town will continue to list local candidates for office randomly on ballots the way it has for years, despite concerns from city councilors that it may not have been following state election law.

OLD TOWN, Maine — The city of Old Town will continue to list local candidates for office randomly on ballots the way it has for years, despite concerns from city councilors that it may not have been following state election law.

Old Town’s charter says candidates for local elections should be placed randomly on ballots, but revisions to state law nearly forced the city to work through a charter change.

The issue came up because parts of the state statutes that govern how ballots should be prepared, including the order in which candidates are listed, were revised in 2013 and signed into law by then-Gov. Paul LePage. The revision said that candidates would be listed in alphabetical order, rather than randomly.

But another law on the books allows exceptions to that rule, specifically that a municipality’s charter can take precedence for local elections, giving cities like Old Town and Bangor legal leeway to list their local candidates randomly on their ballots.

City Manager Bill Mayo said during the Aug. 16 council meeting that it was unclear how long the city hasn’t followed the revised law and it seemed at first that Old Town’s charter might need to be changed to comply.

The prospect of changing local rules and tradition frustrated members of the council who said that using a person’s last name would give those at the top of the alphabet an unfair advantage over those at the bottom.

“I do have a problem with that, though,” Councilor Carol May said. “Ultimately it’s not good. They say it’s fair but you can’t change your last name, so that’s going to be a problem. I would be surprised if we’re the only place that questions it.”

Maine Secretary of State Shenna Bellows said that Old Town should move to be more in line with the rest of the state, but that her office has no real authority over local elections to force such a change.

Old Town City Clerk Laura Engstrom and city attorney Edmond J. Bearor agreed with the state’s position, but that the law providing for the charter to prevail will allow the city and other municipalities that use alternative ballot placement methods for local elections to stick with their own charter rules, Engstrom said.

Old Town will not change the way it determines the candidates’ listings on the ballot now that it is clear it’s legal to continue doing it the same way, Engstrom said.

Cathy Conlow, executive director of the Maine Municipal Association, said the two pieces of conflicting law do allow for Old Town to continue to place candidates on ballots in random order, and the city isn’t alone.

“Bangor does their [ballots] the same way. MMA doesn’t necessarily have a best practice. We’d just refer someone to their charter or that state law,” Conlow said.

Bangor City Clerk Lisa Goodwin said the city uses a random drawing process for most elections, except for school board, which is done alphabetically.

While it’s difficult to say how many municipalities in the state don’t use alphabetical placement of candidate names in local elections, Engstrom said things will stay as they are in Old Town, for now.