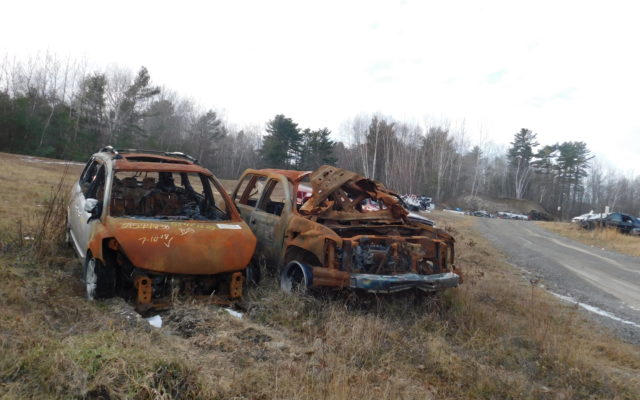 Nina Mahaleris • December 17, 2019
The town of Greenbush is warning residents about the cost of leaving excessive junk in their yards after fielding about 60 complaints on a single property over the past year.

GREENBUSH, Maine — The town of Greenbush is warning residents about the cost of leaving excessive junk in their yards after fielding about 60 complaints on a single property over the past year.

The town decided to put a reminder on its website to let people know what could happen if they don’t take care of excessive junk in their yards, said Greenbush Town Manager Jerry Davis.

“The town has received numerous complaints about properties with excessive junk and debris. If your property has three or more unregistered or uninspected motor vehicles [or] other discarded, worn-out, or junked items in an outdoor area, we are encouraging you to clean up your yard to prevent legal action,” the post stated.

According to Davis, Greenbush had “probably the third biggest junkyard north of Bangor [in revenue size]” about six years ago and it wasn’t uncommon for local residents to keep junk in their yard that they could strip down for scrap metal or recycling purposes.

“It’s very rural…it’s not unusual to see people have a small collection of stuff,” Davis said.

Over the last year, Greenbush has dealt with about 13 separate violations of excessive junk and received close to another 60 complaints on a single property, but Davis said he doesn’t think this is an extreme amount.

Still, it seems to be a problem for the people who have to look at the yards every day. Most of the complaints come from neighbors or other people driving through the town who are frustrated with the junk.

“They don’t want to look at it anymore,” Davis said. “They’ve had enough.”

Greenbush will notify property owners who are in violation of the law. If they don’t approach the town within 15 days with a plan to clean up, the town will impose a minimum fine of $100 per violation per day.

In rare cases, people don’t clean up even after receiving warnings, leaving the town to pursue legal action against the property owners and go in to take care of the junk.

“It’s not a winning deal for the town,” said Davis.

Properties with more than three junked cars are considered “automobile graveyards” by state law, and the property owners and are required to have a permit from the municipality.

“There’s a lot of stipulations to be a licensed junker or recycler,” said Davis. If property owners don’t follow the rules, they could be charged a special assessment on their property taxes.

“Pretty much everybody knows” about the notice, Davis said. “But people obviously have forgotten because we have to say something again.”