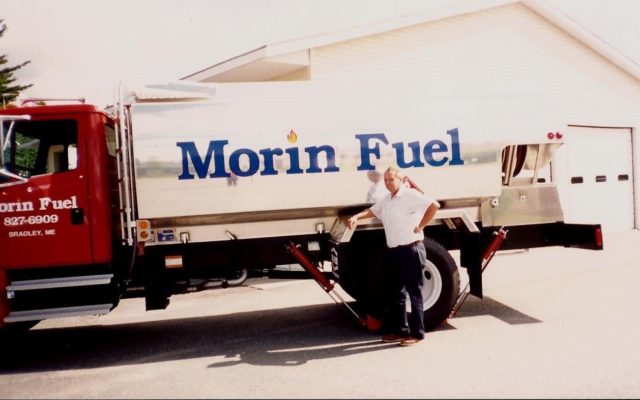 ‘He was so thoughtful and kind.’ Daughters remember Morin Fuel owner after passing

Rosemary Lausier • December 3, 2019
To his daughters, Melanie and Lisa, Rodney Morin was a beloved father and grandfather who lived his life exactly as he wanted. The sisters said goodbye to Morin Nov. 19 when he passed away surrounded by his family.

BRADLEY — Rodney Morin was considered a staple of the Bradley community, visiting the town office and post office almost daily and creating a tight-knit group of friends and colleagues at his business, Morin Fuel.

But to his daughters, Melanie and Lisa, he was a beloved father and grandfather who lived his life exactly as he wanted. The sisters said goodbye to Morin Nov. 19 when he passed away surrounded by his family.

Morin attended St. Joseph’s school in Bradley and graduated from Old Town High School in 1960, immediately forming his own corporation, Rodney F. Morin. He attended the University of Maine’s engineering program for two years and ventured into multiple business opportunities. He formed Morin Fuel in the early 1990s, considered his most notable accomplishment according to his obituary published in The Bangor Daily News.

With his engineering experience, Morin created a hydraulically powered wheel chock for large trucks, creating safer ways to operate them. He invented the Pro Chock Wheel System, which is used on several fleets of trucks today.

“He was a dabbler, an entrepreneur, had his hands in everything and was always looking for something new,” said Lisa. “He was working hard and serving his community.” 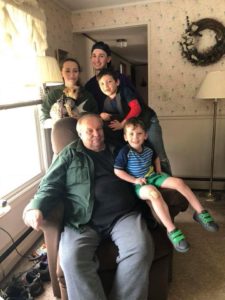 But through his entrepreneurial spirit — which his daughters said was always evident since he was young– he always made time for his friends, colleagues and family.

His office at Morin Fuel was like a community hub, said Lisa, and many customers would drop by to order their oil, pay a bill, or just have a cup of coffee to chat.

“There was a strong community feel in his business,” said Lisa. “They’d look for them and they’d walk around his door yard or have a cup of coffee.”

The business remains in operation and will be run by his daughters.

Although his greatest passions were his projects and inventions, one of his favorite hobbies was his fishing trips to Rainbow Lake in the North Maine Woods. His other favorite activity was taking his four grandchildren — Aura, Ezra, Jasper and Greyson — on his big tractor and holding family meals. He would hang photos of them on the tractor in his office.

Morin leaves behind his two daughters, Lisa and her husband Nathaniel, Melanie and her partner Toby, his four grandchildren, his Morin Fuel Crew, sister Shirley and her husband John, and several friends.

“He is missed by so many in his community,” said Melanie.

The family has created a scholarship fund in Morin’s name at Old Town High School for students who are going to a trade program. Checks can be made payable to RSU 34 and mailed to RSU 34, 156 Oak St. Old Town, Maine 04468.