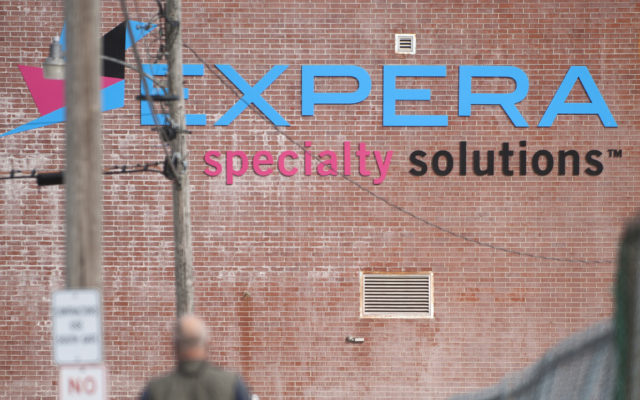 Eesha Pendharkar • July 7, 2020
The mill -- which is back to production after years of languishing -- is currently valued at about $12 million under its new owner ND Paper, which bought the mill in 2018 and restarted operations almost a year ago.

A 5-year-old dispute over the taxable value of the pulp mill in Old Town is headed to Maine’s highest court, with the city planning to appeal a recent ruling by the Maine Superior Court in favor of a former mill owner that has sought a lower property value.

If the Maine Supreme Judicial Court upholds the June 30 decision by Superior Court Justice William Anderson, the city will owe the former mill owner, Expera Specialty Solutions, approximately $600,000, according to Travis Roy, Old Town’s assessor. But even that amount is in dispute: Jonathan Block, the lawyer representing Expera, said the amount is closer to $1 million.

A final result in this case is not expected for at least a year, Roy said. If Expera wins and the city is required to pay the former mill owner, it does not necessarily mean Old Town residents will face a tax increase. Rather, it will be up to the City Council to figure out how to come up with the owed amount, Roy and Block said.

The mill — which is back to production after years of languishing — is currently valued at about $12 million under its new owner ND Paper, which bought the mill in 2018 and restarted operations almost a year ago.

Expera Specialty Solutions, based in Wisconsin, bought the mill property in a December 2014 bankruptcy sale and restarted operations there soon after. Expera’s operation was short-lived, however. It had closed the mill back down by the end of 2015 and later sold the property to a liquidator.

Expera first brought its dispute of Old Town’s assessment of the property’s value to the Maine State Board of Property Tax Review in 2015.

The Wisconsin-based company bought the mill for $10.5 million in 2014, and the city assessed the mill’s value for that year to be about twice that price.

But Expera could not get the mill to run profitably due to a number of factors, including the condition of the mill, regional wood prices and a drop in prices at the time for the pulp the mill produced. After the mill shut down, Expera’s sale of the mill property went through for just $2.5 million.

The first time the Board of Property Tax review considered Expera’s request for a tax abatement, it denied it. When Expera appealed that decision in superior court, the court sent the dispute back to the board for clarification. The board then considered the price Expera had paid to buy the mill in 2014 — $10.5 million — and reversed its previous decision to rule in favor of the company.

“If the Board is now wrong, Expera…paid $10.5 million for the opportunity to pump millions into the mill and have additional millions in operation losses, and then sold the asset for $2.5 million to a scrapper one year later — but it was actually worth almost $20 million eight months before Expera bought the mill for $10.5 million, and over $25 million eight months before it sold the mill for a mere $2.5 million,” Anderson wrote in the ruling. “This could not be.”

Block, Expera’s attorney, said the city doesn’t have much on which it could base an appeal.

“I don’t think there’s much to appeal here, because the decision that came out last week is based on a lot of evidence,” he said.