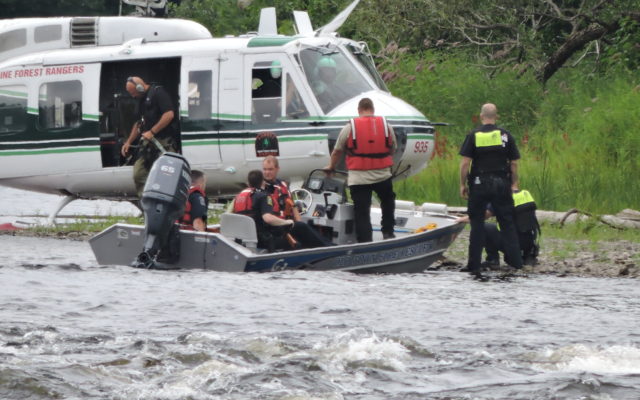 Man who jumped into Penobscot River to evade police charged

Nina Mahaleris • August 19, 2020
A man who attempted to evade police capture by jumping into the Penobscot River on Aug. 4 is expected to appear in court for three separate charges later this month.

OLD TOWN, Maine — A man who attempted to evade police capture by jumping into the Penobscot River on Aug. 4 is expected to appear in court for three separate charges later this month.

Authorities began searching for Fox around 3 a.m. Aug. 3 after receiving a complaint that he was trying to hurt himself and had allegedly assaulted someone at Pembroke Pines apartment complex.

An emergency alert from the University of Maine Police Department sent out that morning initially said the man was seen around the Old Town Elementary School near the bike path and was possibly wielding a knife.

A police tracking dog and handler attempted to find the man but ultimately couldn’t locate him.

Fox was later seen running down Prentiss Avenue around 6:25 a.m., a resident told the police. Police then watched him enter the river from Water Street but weren’t able to follow him into the water until an inflatable boat arrived.

Two Maine Game Wardens later rescued Fox around 3 p.m., after he had been stranded on a large concrete block for several hours, Old Town Police said.

He was arrested and brought to the hospital and afterward taken to Penobscot County Jail.

Fox was later released from jail and is due in court Aug. 20.

Another man attempted to evade police by jumping into the river after allegedly robbing a Milford residence on Aug. 13.

The man’s identity and whether any charges are currently pending or being sought against him is not available.