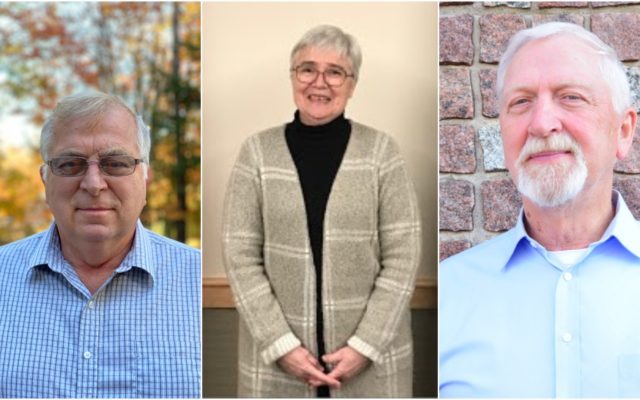 There were six candidates vying for four seats on the City Council.

Current councilor Donna Ketchen — who will vacate her seat next month — did not seek re-election.

Brissette is a former legal secretary and worked as a secretary for the Old Town Police and Fire Departments for 25 years.

Peterson, the current city council president, is a Belfast native and taught at Old Town High School for more than 40 years. He previously served on the city council for nine years.

He’s also a former president of the Old Town Rotary Club and served on the Old Town-Orono YMCA Board of Directors. In 2018, Peterson was a recipient of a 2 Those Who Care award sponsored by NewsCenter Maine and United Way of Eastern Maine.

Linda McLeod won the majority of votes cast for council candidates on Tuesday.

She is the current superintendent of Maine Indian Education, which oversees schools within the Passamaquoddy, Pleasant Point and Penobscot Nation Reservations.

McLeod also previously served on the RSU 34 School Board and is a former principal of the Indian Island School.

Wight is a former Maine forest ranger who served on the Northeast Forest Fire Protection Commission for more than two decades. He is the current vice president and former president of the Old Town-Orono YMCA Board of Directors.

Wight is also a member of the Old Town-Orono Heritage Club, is a former rotarian and has served on the Old Town Museum Board for the past five years. Wight previously worked as Old Town’s director of Public Works for 12 years.

Old Town City Clerk Laura Engstrom said there was a line of voters waiting outside the doors of the Elks Lodge on Fourth Street before the polls officially opened at 7 a.m. Tuesday.

“The turnout has been amazing,” Engstrom said as voters trickled in throughout the afternoon.