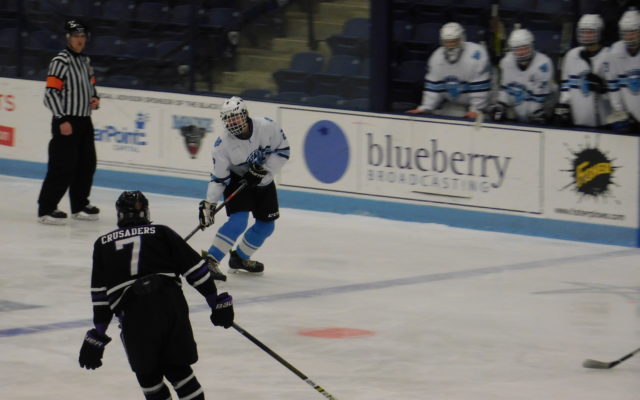 Nina Mahaleris • February 6, 2020
A handful of RSU 34 events were canceled due to snow and other conflicts on Thursday, according to Old Town High School’s Athletic Director, Jeremy Bousquet.

OLD TOWN, Maine — A handful of RSU 34 events were canceled due to snow and other conflicts on Thursday, according to Old Town High School’s Athletic Director, Jeremy Bousquet.

The boys’ varsity basketball team was scheduled to play Orono on Thursday night, which has been rescheduled for 1 p.m. Saturday, Feb. 8. The unified basketball game was also canceled Thursday.

The boys swim team is still scheduled to compete in PVC’s at 6 p.m. Friday, Feb. 7, but will take place at the University of Maine instead of Husson University. The girls will compete at 2 p.m. on Saturday, Feb. 8, at UMaine.

The Old Town/Orono boys hockey game against Maranacook has been canceled due to snow, head coach Chris Thurlow said on Thursday afternoon. The game is rescheduled for 5:45 p.m. on Saturday, Feb. 8.

Old Town High School was expected to hold its first junior varsity Coyote Classic event on Saturday, which has also been canceled due to facility and administration coverage, according to Bousquet.