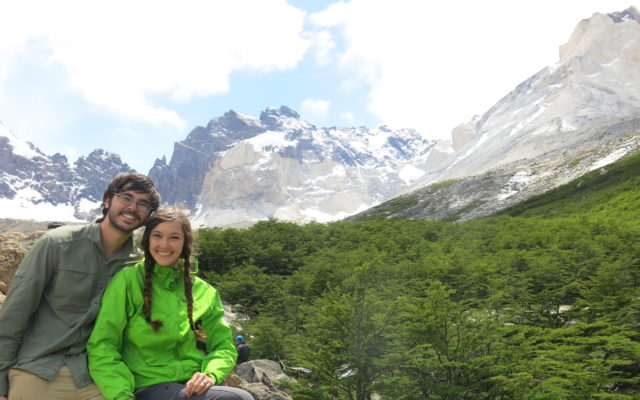 Orono couple plan to drive to Brazil in inter-continental adventure

Rosemary Lausier • November 12, 2019
Taylor and Katie Ashley plan to drive to the South American country via a very scenic, 25,000-mile route. The idea for the epic road trip came from the couple’s love of traveling and immersing themselves in communities different from theirs. They hope to serve as a connection between all 17 countries and two continents they drive through on a trip that Taylor Ashley calls a “Pan American Overland Expedition.”

ORONO — Taylor and Katie Ashley will travel to Brazil in December, but not to escape the intense New England winter and not in the manner you might expect.

The Orono couple plan to drive to the South American country via a very scenic, 25,000-mile route. The idea for the epic road trip came from the couple’s love of traveling and immersing themselves in communities different from theirs. They hope to serve as a connection between all 17 countries and two continents they drive through on a trip that Taylor Ashley calls a “Pan American Overland Expedition.”

“We have this country that’s huge, but we never think of connecting that north [America] to south,” said Taylor Ashley, noting that the trip is a way to encourage people to expand their Pan American views and connect to other parts of the Americas instead of being divided by borders.

The Orono couple will depart on their one-way driving expedition in their 2009 Kia Sportage on Dec. 13  traveling down the East Coast toward Washington D.C into Appalachia, and arrive in Miami, “the epicenter of Latin America,” said Ashley, by New Year’s Day.

From there, they will travel through the South and Southwest on to San Francisco, California, then head south through Mexico, Central America, the West Coast of South America as far as Chile and Argentina, then through Brazil with their final destination at Belem at the mouth of the Amazon River. They hope to come home by plane.

Ashley said they will do their best to mitigate the risk of traveling through some countries due to the political situation. He said they have plans to address their safety when traveling such as notifying the state department and embassies of their whereabouts, not driving at night, staying with friends, and reaching out to the Peace Corps for on-the-ground information.

Along the way, the couple — who both worked in Nicaragua in the Peace Corps — will stop by farms owned by people they know as well as farms found on World Wide Opportunities on Organic Farms, a database for work exchange so they can work, eat and stay on their travels.

There is a common thread along their journey: beans. Beans were originally cultivated in the Americas and are a common food shared in these cultures.

The goal of the trip is to attend to three areas: cultivation, cuisine and community. Katie Ashley, a plant pathologist, will focus on how farmers in their communities raise food. Taylor Ashley will work to cook meals with the people they meet, and the couple plan to find big community events that are the equivalent of a Maine church supper.

“We’re not trying to educate the people we are interacting with, we’re trying to learn from them to bring back here,” said Taylor Ashley.

Along with the University of Maine’s McGillicuddy Humanities Center, the couple have been holding bean suppers, featuring a local speaker, at the Church of Universal Fellowship in efforts to bring awareness to their trip and to create a localized version of their journey to South America. At each supper, they cook a different type of bean from one of the areas they will visit, such as black beans from Brazil. The final local supper will be held at the church from 5:30-7 p.m. Tuesday, Nov. 19, at 82 Main St. in Orono.

The couple are planning to return to Orono, likely in July, to reconnect and share what they have learned from their travels. Details of their journey will be documented on their website, stepforwardtravel.com.

“Especially now in today’s climate, it feels like our perspective is turning inward and we’re really trying to break those barriers and say, ‘we’re all in this together’,” said Taylor Ashley. “We’re Americans and we’re all connected.”