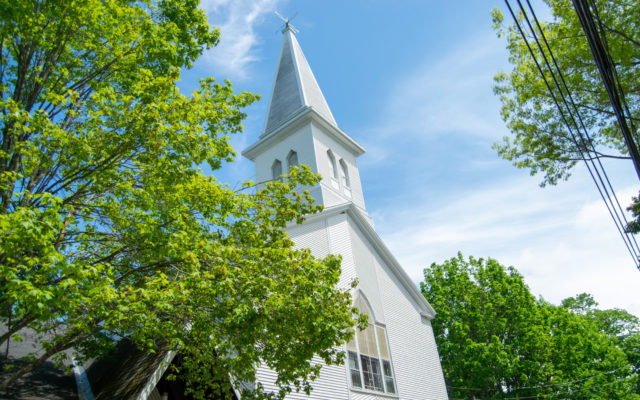 Nina Mahaleris • July 20, 2020
After months of deliberation, the Orono Planning Board has given Verizon Wireless the green light to install eight new cellular antennas in the steeple of the United Orono Methodist Church at 36 Oak St.

ORONO, Maine — After months of deliberation, the Orono Planning Board has given Verizon Wireless the green light to install eight new cellular antennas in the steeple of the United Orono Methodist Church at 36 Oak St.

Lawyers and consultants who represented Verizon Wireless’ proposal have maintained that the telecommunications company wants to improve 4G coverage in the downtown area as its reasoning for setting up new equipment in the church.

But that didn’t reassure many residents, who still feared the company was attempting to quietly bring 5G technology to town without much oversight.

Scott Anderson of Verrill Dana, who represented Verizon through the consideration process, has maintained that “there are no plans to go with 5G in Orono,” currently.

He’s also said that the company would need to go before the planning board for approval again if they wanted to upgrade to 5G technology.

Residents also worried about getting cancer from the towers’ radiation, and have urged the planning board to reject the proposal out of concern for public health. But the board can’t turn down a proposal based on perceived health risks because of the Telecommunications Act of 1996, Town Planner Kyle Drexler has said.

Proposals for telecommunications equipment — especially cell towers and monopoles — have frequently been met with public opposition around Maine in recent years.

Other municipalities have also fought against other Verizon Wireless proposals to install cell towers in public areas. About two years ago, Scarborough residents strongly opposed a plan to erect a 100-foot tower that would rise 20 to 30 feet above the treeline.

The company’s plan for Orono is to install the eight cellular antennas inside the church steeple out of public sight along with ground equipment to support the antennas in the church’s parking lot.

Installing cellular antennas into church steeples is a common practice in New England and particularly in Maine, Anderson said, because they are concealed and often meet height requirements.

Despite one resident asking about the process to appeal Verizon Wireless’ plan, Drexler said he hasn’t heard much feedback from the public since it was approved last week.

He added that people can submit appeals to the project to the Maine Superior Court.