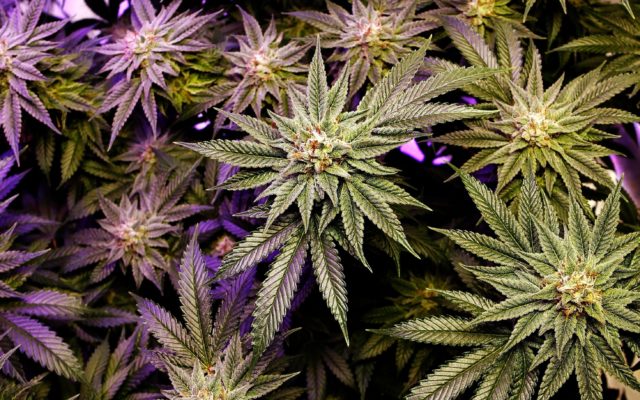 Orono referendum will decide future of marijuana businesses next month

Nina Mahaleris • February 17, 2021
After years of council debates and public forums, Orono residents will decide next month whether to allow marijuana businesses to set up shop in town.

ORONO, Maine — After years of council debates and public forums, Orono residents will decide next month whether to allow marijuana businesses to set up shop in town.

The issue — which will be a referendum question on the March 9 municipal election ballot — has been a point of contention in the past, with residents citing concerns about perceived risks of marijuana use, and others arguing for its potential economic benefits.

Municipalities around the state have similarly wrestled with the idea of cannabis establishments moving into their communities since Maine legalized recreational marijuana in 2016. Under state law, towns and cities can decide whether to allow marijuana businesses to operate.

An estimated 55 municipalities from Grand Isle to Eliot have approved some level of recreational marijuana establishments — whether it is a growing and testing site, a manufacturing facility or a retail store, according to the Maine Office of Marijuana Policy.

For Orono, that possibility is becoming more realistic as the March referendum vote nears.

More than 3,000 residents approved the statewide recreational marijuana vote five years ago, with 2,039 against the citizen’s initiative and 71 voters leaving the question blank.

Even so, the community remained split on having a weed business in town. Sometime between 2018 and 2019, the town conducted an online survey to gauge residents’ perspectives on the issue, after hosting a public forum that garnered “strong negative feedback” and very little support, Orono Town Manager Sophie Wilson said.

The survey received less than 50 legitimate responses — a majority of which were against. Sixteen people responded in favor of the issue, and a handful of the responses were mixed.

Residents against the issue have brought up common concerns about the effects of marijuana businesses’ in town, especially in relation to child development. But there is a population of Orono residents who could push the vote another way — college students.

Derek King, manager of Acadia Cannabis in Bangor, said he thought a recreational marijuana store would be popular in Orono, particularly because of the proximity to the University of Maine. Between 50 and 100 customers visit the State Street shop daily, King said. At least one or two of those customers are college students.

There are currently about four potential business owners actively waiting for the outcome of the referendum vote to decide whether to submit an application for a local license, Community Development Director David Milan said.

Ultimately, the council decided to put the decision of allowing marijuana businesses to the residents instead of settling the matter itself. “Very early on, this was something we wanted the community to weigh in on,” Town Council Chair Thomas Perry said.

The town has written draft ordinances ahead of the March vote that outline land use restrictions and licensing processes for marijuana businesses, if the motion passes. Both ordinances are posted on the town’s website.

The ordinances would implement a number of specifications such as regulating the location of such establishments, their internal security systems and indoor ventilation to control the smell.

The town would also prohibit marijuana establishments from existing within 1,000 feet of schools, preschool programs and day care centers, as well as any other educational facility that serves children. Along with this, weed businesses cannot be within 500 feet of places of worship, a university or another marijuana retail store.

The purpose of the ordinances is to allow these establishments while maintaining the character of the community and keeping them away from sensitive areas, such as schools, Orono Town Planner Kyle Drexler said.

“This isn’t the case where every single lot on a street would be able to be turned into a marijuana business,” he said. In addition to the land use ordinances, people wanting to open a marijuana shop in town would also need local and state licenses to operate.

Councilor Meghan Gardner said she is personally comfortable with the proposed ordinance language and believes it will alleviate concerns that the council has heard from residents about community impact.

“Our town’s population supported the statewide referendum in large numbers, and there is certainly an argument to be made that this industry is an economic driver.”