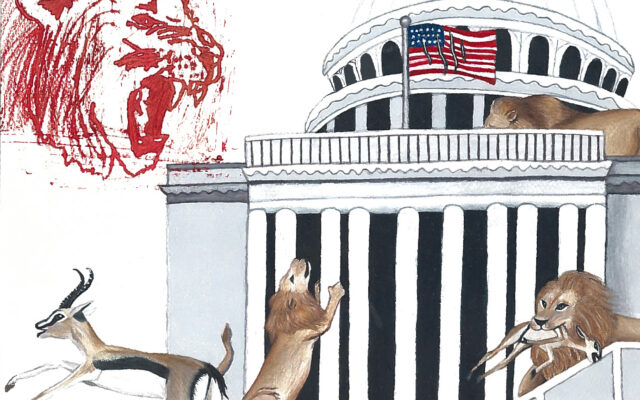 Contributed News • June 17, 2021
A freshman from Highview Christian Academy and a senior from Brewer High School have taken top honors in the 2021 Law Day Essay and Art Contest sponsored by the Penobscot County Bar Association.

A freshman from Highview Christian Academy and a senior from Brewer High School have taken top honors in the 2021 Law Day Essay and Art Contest sponsored by the Penobscot County Bar Association.

This year’s theme, “Advancing the Rule of Law Now,” asked students to consider the legal principle that all people and institutions are accountable to the law.

Baciu’s winning essay explored the application of the rule of law in the context of women’s rights and systemic racism, and Rackler’s winning painting depicted lions attacking prey on the steps of the Capitol.

“The rule of law thrives on the equality of people — however, recent events show that America has failed in ensuring the equal rights of its people,” she wrote. “The bias against certain people is a significant

issue in the fulfillment of the rule of law. The inequality in this country continues to prevail after so much time.”

“Societal change addressing inequalities in the justice system requires new policies, advocacy, education and participation from everyone seeking improvement, so I end this statement with a call to action: Do what you can,” Goodwin wrote.

This year, there were 26 essay submissions and 14 art submissions, with eight high schools and one home-schooled student participating, according to Tracy Collins of the bar association. Last year, just 13 students entered the contest.

The local bar association has offered the scholarship since 1997 in connection with Law Day, which has been celebrated on May 1 since 1958. The day was created by President Dwight D. Eisenhower as a “day of national dedication to the principle of government under law.” During the height of the Cold War, Law Day was counterpoised against May Day as feted in the Soviet Union, according to the American Bar Association, which chooses the theme of the contest. 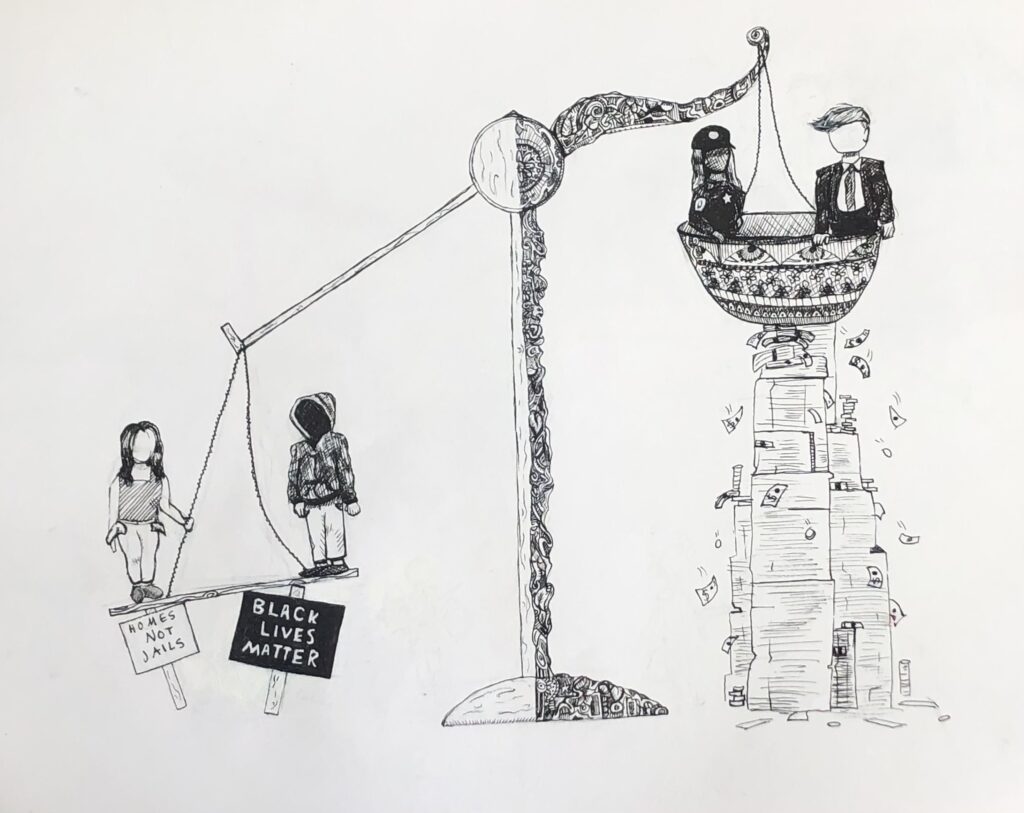