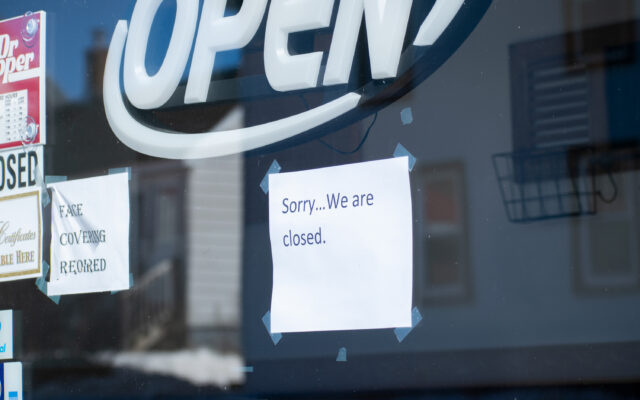 Nina Mahaleris • March 11, 2021
An iconic Old Town restaurant that reopened amid the coronavirus pandemic has shut its doors, after roughly three months in business.

OLD TOWN, Maine — An iconic Old Town restaurant that reopened amid the coronavirus pandemic has shut its doors, after roughly three months in business.

Sunny Patel opened Johnny’s Restaurant at the end of last year, with hopes of resurrecting a longtime community favorite. The restaurant dates back at least 50 years and has passed through many owners over the decades, each one trying to carry on its legacy. The restaurant disappeared from the city for nearly a decade after it was purchased and turned into a Thai eatery around 2012, according to Penobscot Times archives.

So, residents were eager to return to the lost establishment after it reopened last year.

Johnny’s offered long-time residents a sense of nostalgia for the old days. For many locals, it was the place to be — a community staple that brought memories of splitting a pizza with friends or their first part-time job.

Patel, who works at Tim’s Little Big Store on Main Street, had no experience running a restaurant so he enlisted the help of a few local people to get the business off the ground.

The community’s response to the new version of Johnny’s was overwhelming at first. But it quickly subsided as the novelty wore off.

People stopped coming in to dine. Servers were getting smaller and smaller tips. “It was a tough time to open a restaurant,” Dottie Ehman, who was helping to manage the restaurant, said Wednesday.

“Everybody was struggling,” she said.

Ehman had to take medical leave shortly after Johnny’s opened, leaving a gap in management oversight. Patel continued to work at the convenience store across the street, but would regularly check in with customers.

Still, day to day business dropped off and the restaurant couldn’t sustain itself.

On Monday, Patel and Ehman decided to close. They taped signs on the windows around the building with a brief and vague notice, “sorry … we are closed.”

Patel posted a similar announcement via the restaurant’s Facebook page that drew shock and frustration from the community. “They all want the restaurant back,” he said.

Patel said he hasn’t slept for the past three nights. He’s kept awake thinking about the restaurant and the circumstances that led to its end.

He apologized to the community in a later Facebook post and thanked those who supported the restaurant from the beginning. “I am sorry again and I am so sad as well for shutting down Johnny’s.”

The brief reappearance of Johnny’s provided a glimpse into the past for many Old Town people. “It brings back many fond memories,” Diane Joy Brooks said. “We neighborhood kids would walk or ride our bikes down there [sic] often for milkshakes, doughboys, drinks and of course, pizza.”

“It seems like it was always there to me,” she said.

Betina Whitcomb Martin and her husband used to frequent Johnny’s as broke college students in the mid-1980s. “When we ate out it was usually at Johnny’s because their prices were so reasonable,” she said. “I can still hear my husband calling in his order: shrimp dinner and a hefty burger.”

In a year rife with pandemic hardships, it was nice to see an old familiar restaurant reopen, she said. “I was really hoping they could make a go of it.”

While the pair is sure they won’t try to reopen the restaurant themselves, the prospect remains for other hopeful entrepreneurs. By Wednesday, someone had reached out to Ehman and Patel about possibly reopening the restaurant — a sign that Johnny’s may someday find success in Old Town again.