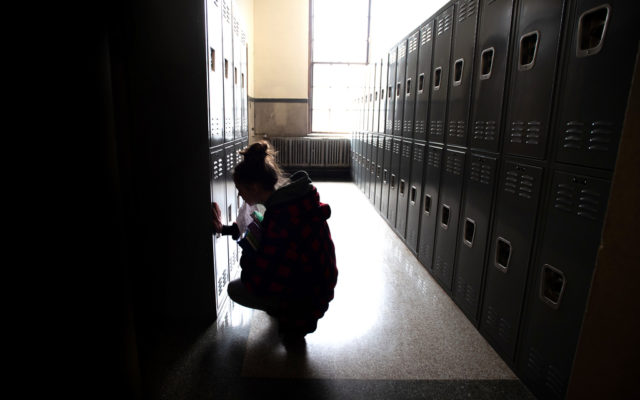 Nina Mahaleris • July 23, 2020
The RSU 34 school rejected a proposal from one of its members that would have urged the state to allow Maine schools to reopen for in-person instruction this fall.

OLD TOWN, Maine — The RSU 34 school rejected a proposal from one of its members that would have urged the state to allow Maine schools to reopen for in-person instruction this fall.

David Wollstadt of Old Town proposed the resolution which would have called for schools to reopen with “full and unrestricted attendance by students,” saying that keeping them closed can be damaging to students’ well-being.

“All the information I’ve seen says that school-age children are much less susceptible to the virus than older adults … it doesn’t say that this is contingent on [them] wearing face masks or maintaining a [six-foot] distance,” Wollstadt said during the June 15 board meeting.

“Although Covid 19 is a significant health issue, primarily for older people with comorbidities, we do not believe that the risk is so much more serious that closing the schools is warranted,” his resolution stated.

“Our primary concern is with school-age children, and we would point out that no one under 30 has died in Maine from a Covid 19 infection,” he wrote.

According to CDC data, nearly all of Maine’s COVID-19 victims have been over age 60, but there has been one death of a patient in their 20s.

While the disease doesn’t primarily target children, approximately 333 Maine people under 20 years old have had COVID-19 — and 226 of those were younger than 18 at the time it was reported to the CDC, said the department’s spokesperson, Robert Long.

“We shouldn’t close the schools just because someone in Augusta says kids need to be six feet apart — unless there’s real data that supports that,” Wollstadt wrote in a summary of the meeting he sent to the Penobscot Times on July 16.

“If the [Maine Department of Education] has data that says keeping students 6 feet apart is the only way to prevent them from infecting each other, I’d like to see it.”

He added that local school districts are better qualified to make a decision on school reopenings than “somebody in Augusta or Washington [D.C].”

“I think we’ve heard enough, and considered it enough, and as far as I can tell, we are deciding this locally,” Board Member Hunter Umphrey said after hearing the proposal.

The board ultimately rejected Wollstadt’s resolution. Three members — Kelly Hasselbrack, Moriah Greer and Laura Sanborn — voted to not consider the resolution at all.

Hasselbrack said the decision to reopen also needs to consider other people who’ll occupy the schools, particularly teachers. “School buildings are not filled with just children,” she said. “We are aware of and taking precautions for [faculty] safety, as well.”

“I think everybody’s in agreement that the best thing for students is to be back in school for lots of reasons,” State Senator and School Board Chairman James Dill said Thursday, adding that he’d be open to considering a resolution that encourages the DOE to provide more specific recommendations for schools on how to safely reopen.

Schools in the Old Town area also face the added challenge of the return of students from the University of Maine — particularly those from out-of-state who could potentially bring the virus here, Dill added.

“I also want the best scientific information, to back up anything that we would decide to go forward with,” he said of a possible amended resolution.

While the DOE has given schools a framework for reopening — which offers three possible scenarios for the upcoming school year: fully in-person learning, remote learning or a hybrid of the two — the decision about how to reopen is largely being left to individual districts as COVID-19 infection rates vary across the state’s 16 counties.

Cases in Penobscot County have remained relatively low compared to other counties such as Cumberland or Androscoggin, according to data from the Maine Center for Disease Control and Prevention.

Jon Doty, PhD, the district’s director of curriculum, instruction and assessment — who gave a presentation to the board on June 15 about reopening scenarios for the upcoming school year — said there are still many logistical challenges to figure out before they can reopen.

“It’s hard to look into the crystal ball six weeks ahead and know what the state of Maine will look like in terms of community spread,” he said during the meeting.

“It’s even more difficult to look into November, December, February, March. The more we can stay at that point where there’s less community spread, the better we’re going to be able to do in-person schooling.”

Doty was not immediately available Thursday to comment on this story.