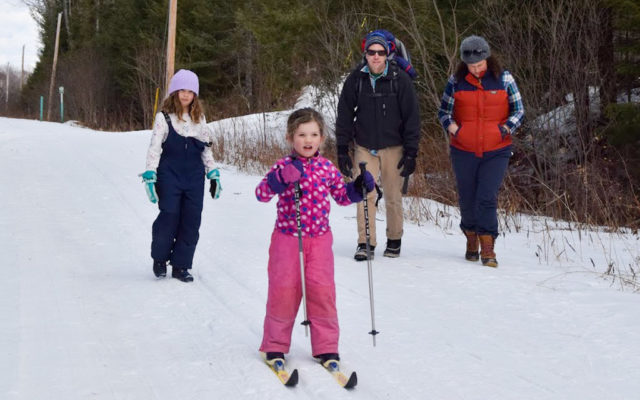 Nina Mahaleris • March 2, 2020
After unpredictable weather and logistical challenges hit pause on an Orono tradition for close to a decade, the long-standing Caribou Bog Ski Race made a comeback this weekend.

ORONO, Maine — After unpredictable weather and logistical challenges hit pause on an Orono tradition for close to a decade, the long-standing Caribou Bog Ski Race made a comeback this weekend.

About 30 skiers came to race on Saturday, Feb. 28, after a nearly three-week postponement due to difficult weather conditions. This year, however, organizers were determined to make it happen, despite the usual challenges.

Dangerous or unpredictable trail conditions have long been to blame for past cancellations of the race, which seemed to end after 2011. Still, Orono’s most established skiers remember the tradition — first held in 1984 — that drew in hundreds of skiers from around the state every year.

Bucky Owen, a member of the Penobscot Valley Ski Club who helped bring back the annual event, remembers competing in the very first race. 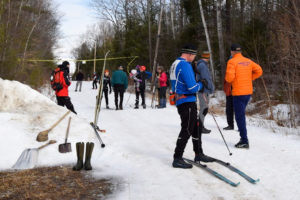 The race has transformed over the years, Owen explained, recalling years when racers used to ski over the frozen Stillwater River. Still, the race seems to carry the same sentiment for local skiers as it did in the early days.

The event brought back some longtime Penobscot region racers, but also welcomed a few new skiers to the area. For 13-year-old Orono resident Ruth White, this race was a first.

White got into cross-country skiing years ago with her parents and sisters, who often ski together in their yard and nearby trails.

“It was a lot of fun,” she said of Saturday’s bog race. “Good conditions.”

Skiers completed in various levels in the contest. Race results were not immediately available on Monday afternoon.

Dan Baumert, a lead organizer for this year’s race, acknowledged less-than-perfect trail conditions from rain and snow days before, but said trail workers committed to getting the trails ready for skiers on Saturday morning.

“They were able to set up a really amazing course,” he said. Despite having to take out a small section of the course that Baumert feared was too icy, the race went on, ending the nine-year hiatus.

“I knew it was gonna be fast and icy…I was just glad we could do it,” Baumert said.