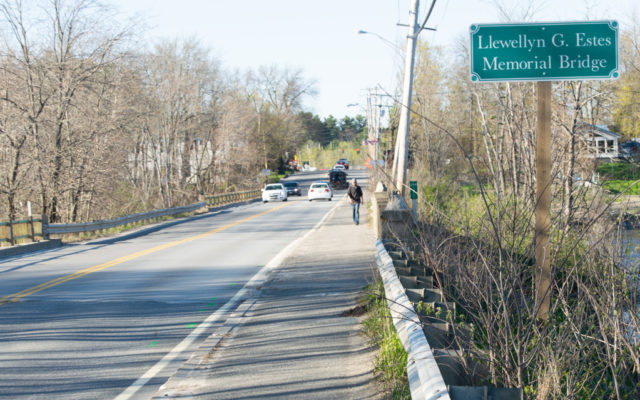 Nina Mahaleris • May 19, 2020
The Maine Department of Transportation will be testing the Stillwater Bridge beginning Monday through the next two weeks -- to prepare for construction of a replacement.

OLD TOWN, Maine — The Maine Department of Transportation will be testing the Stillwater Bridge beginning Monday through the next two weeks — to prepare for construction of a replacement.

Testing will run from 7 a.m. to 4 p.m. daily and Stillwater Avenue will be converted to a single lane to accommodate two-way traffic. It will be returned to normal at the end of each work day, Maine DOT said.

Replacing the nearly 70-year-old bridge — which sees an average of 16,000 cars daily — has been a slow-moving process.

Since the project initially began around 2015, it’s been through cycles of traffic studies, initial plans and redesigns.

In 2017, the Bangor Area Comprehensive Transportation System conducted a corridor study of Stillwater Avenue, which also highlighted traffic issues at the nearby intersections of College Avenue and Bennoch Road.

The Maine DOT — which has reached the end of its preliminary design phase — is taking advantage of the low traffic to complete tests on the bridge and the underlying soil, project manager Mike Wight said.

The department tentatively plans to advertise for bids in December 2021, with construction expected to begin the following year. A public meeting will be held this summer to discuss the project.

Construction is expected to last between three and four years, Wight said.

Instead of detouring Stillwater Avenue traffic to other streets and risk causing a gridlock in surrounding areas, the department will build a temporary bridge while the new one is under construction.

“[The bridge] is a key link to the university to towns east of the Penobscot. We want to keep traffic moving,” Wight said.

They’ll also expand the new bridge to 36 feet — 10 feet wider than the current one — and have shoulders along the sidewalks to accommodate cyclists.

Migratory patterns and the spawning season of Atlantic salmon will affect construction. Wight said that from April to May and a brief time in the fall — when the fish lay their eggs — the department isn’t allowed to work in the water, in an effort to protect the fishery.

The complete project is expected to cost $12.1 million, Wight said.