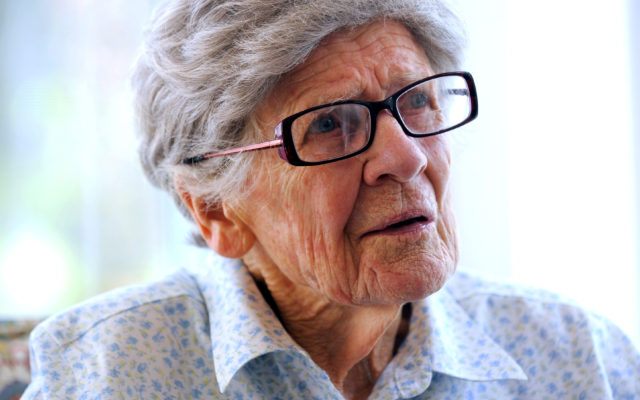 The life and legacy of Ruth Gray

Nina Mahaleris • January 3, 2020
Ruth Gray, a local philanthropist and descendant of George A. Gray who helped start the Old Town Canoe Co., died Saturday at the age of 103.

OLD TOWN, Maine — Ruth Gray, a local philanthropist and descendant of George A. Gray who helped start the Old Town Canoe Co., died Saturday at the age of 103.

Gray was born in Old Town on April 15, 1916, to Samuel Braley Gray and Bessie Pendleton Benson Gray. While the Gray family had already established roots in Old Town with their canoe business, Ruth created her own legacy in the community.

Throughout her youth, she played an integral part in many community service clubs including the Brownie Scouts, the Neeburban Club and the Crewel Ladies. She was also a member of the Shakespeare Club of Bangor, according to her obituary.

Gray was also a member of the Library League — an all female-led group that put on community events to raise money for the Old Town Library.

The club was formed in 1936, when a small group of local women banded together to raise money for the library. After graduating from Smith College in 1938, Gray joined and became one of just 12 members in the league.

“They had very little to work with, and we felt [the library] was a vital part of the town. … That’s why we took it on,” she said to the Penobscot Times in 2004.

Former Old Town Library Director Valerie Osborne worked alongside Gray as the league raised money to help the library build the addition in 1991. “Her goal was that the library became a real community hub,” Osborne said.

“No community should be without a library. I think it’s one of the most important things in a town, and it should have support,” Gray once said.

Expanding the library was a major goal of the league, and while the group disbanded shortly after finishing the project, the members still kept in touch over the years.

Osborne and Gray also remained longtime friends, although Osborne said she looked to Gray as more of a hero. “There are people in your lifetime that you hold in the highest esteem … and she was one of those [people] for me.”

“She was just a remarkable woman,” Osborne said. “She lived a remarkably exciting life but never talked about it.”

While Gray was active in the Old Town community, her experiences extended far beyond Maine. As a young woman, she served overseas in World War II as a Red Cross volunteer. She drove a halftrack through the Battle of The Bulge to bring coffee and doughnuts and other food to soldiers behind the front lines, her niece Sara Gray-Stockwell said.

Gray was also a talented self-taught photographer who had work published in various publications including National Geographic, according to the Maine Seniors Magazine. While serving overseas, she took photos to document her experiences without anyone knowing.

She was not supposed to take photographs, but she did it anyway, her niece said. She held onto the film until she returned home where she could develop the photos.

In a self-published book that she only shared with her family, Gray wrote about her experiences in the war which she titled, “The Lone Star.” She even included the secret photos — which few people outside the family has had access to.

“It contained photographs that no one [outside family] had ever seen,” Gray-Stockwell said.

While she was overseas, Gray sent postcards back to her family in Maine. The Army didn’t allow servicemembers to disclose their locations, but in her clever nature, Gray found a way around the rule. At the bottom of her postcards, she wrote down the Latin name of whichever city she was in so her parents knew where she was.

Upon returning home, Gray pursued a career as a professional photographer. She traveled around the world taking photographs for Holiday Magazine and took photos for local businesses such as the James Sewell Co. and Cooper Milikin, a former architect in the Penobscot region.

In 2010, Gray established a scholarship through the Maine Community Foundation to help Old Town students attend college. The Ruth Gray Scholarship Fund offers multiple awards — one for students who want to pursue careers in science or medicine and a second for “hardworking students who demonstrate the ability and desire to pursue post-secondary education,” as described in the scholarship’s biography.

Gray set up her scholarship fund to help offset the costs for students who want to get a college degree. “… there are so many young ones who can’t afford to go to college,” she said in an interview with the Maine Community Foundation in 2016.

Osborne said that Gray was the last of her generation. She lived to 103 years old and left behind an eternal legacy of her own.

“She inspired us all,” Gray-Stockwell said about her aunt.