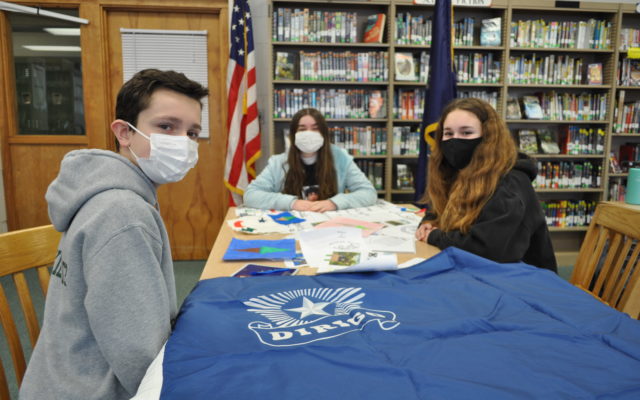 At the start of the school year, students Lucas Bartkiewicz, Savanna Lolar and Sadie May volunteered to take up a service project that would leave a lasting mark on their communities. Now they are heading an initiative to design community flags for the three municipalities.

The flag project, originally begun by the previous class and focused on Old Town, was upended by the coronavirus pandemic and never finished. Old Town currently has a city seal but not its own flag.

Bradley also has a community seal but not a flag. Alton has neither a seal nor a flag.

Bartkiewicz, Lolar and May are a small but determined committee — supervised by their teacher, Hogan Marquis — that is educating other classes about flag design and will pick the best submissions to represent their communities.

The student-led committee will offer a single design to their community leaders, who may then vote to adopt the flag. The idea was to create a competition that would allow anyone in the communities to take part if they wanted to, Marquis said. 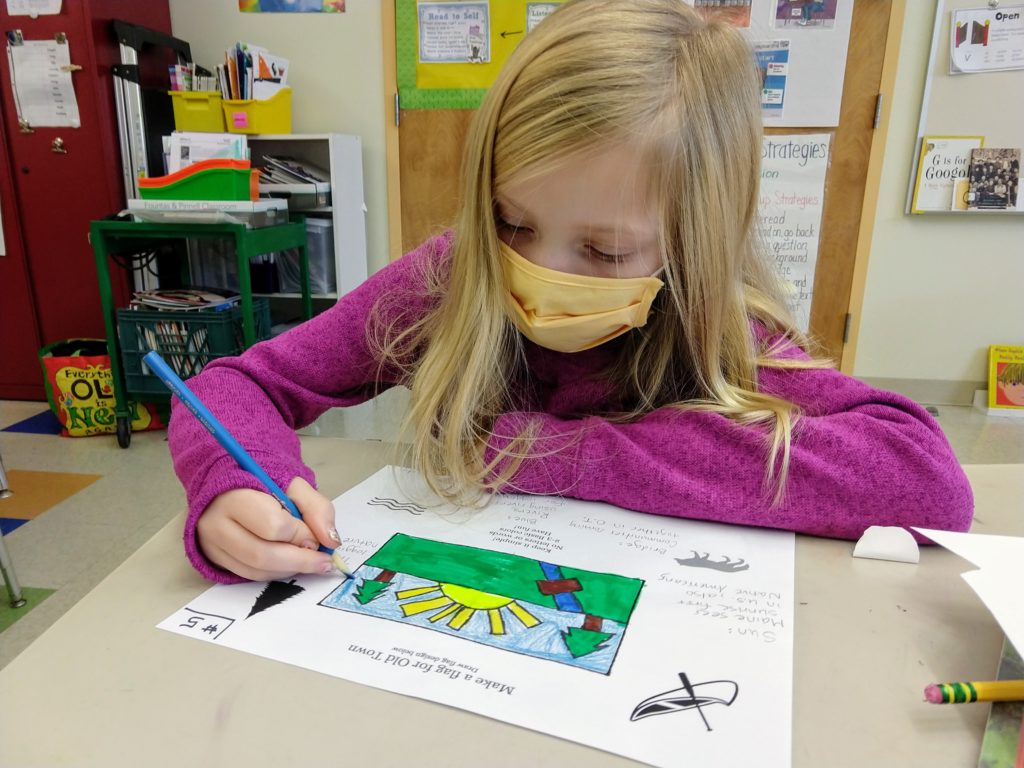 A third-grade student at Old Town Elementary designs her own city flag. (Courtesy of Hogan Marquis)

While the students are focused on leading flag design workshops for their peers in other grades, they’re also accepting submitted designs from other community members that represent their individual areas.

Designs should represent what makes each community unique. In Old Town, for instance, the student committee will look for designs related to the river, such as Old Town Canoe or the logging industry.

So far, the initiative has picked up community interest, especially among kids in the high school and elementary schools.

“A lot of people want to design. People are really feeling good about the idea,” Marquis said.

Designs will be judged according to flag basics from the North American Vexillological Association — a membership organization founded in 1967 dedicated to the study of flags.

The designs must meet NAVA’s five principles of what makes a good flag: simple enough that a child could draw it from memory, includes symbols meaningful to the region, uses two to three basic colors, does not have lettering or seals and is distinctive.

NAVA experts have even offered to help judge the designs, Marquis said. Lolar, Bartkiewicz and May — who have already received many submissions — will possibly have to enlist their fellow classmates to help judge, too. They hope for designs that showcase similarities of the communities, as well as what makes them unique.

In the fall, May and Lolar presented the idea before the Old Town City Council, which later agreed to support the competition. Council President Kyle Smart said that in general, all of the councilors were pleased with the idea.

“It’s an exciting thing for the city,” he said. “I think it’s really great that the kids are taking on this challenge. I think it’s something that will be really unique for us.”

Smart said he wasn’t sure what to expect in terms of designs but thinks that the river is going to play an important part in the city’s future flag.

“Everything you think about Old Town has to do with the river. The mill, the industries that made use of the river. That’s one of the things we’ve talked about on the council. We’re always looking for new recreational opportunities around the river — it’s a great resource for us.”

What started as a community service project may end become a lasting accomplishment for the three young students. When they’re older and have children or grandchildren of their own, they’ll be able to look back on a project they completed as kids themselves that changed their communities, Marquis said.

While the students are focused on designing flags for just three communities now, they hope other Maine municipalities will jump on board with the idea to create their own flags in the future.

Bartkiewicz, Lolar and May shared this notion. “We want to be able to leave our legacy,” May said.

People can submit designs along with a description of its significance to the Hometown Flag Project via email at oldtownflag@gmail.com. Submissions for the Old Town flag will be accepted until Feb. 12.