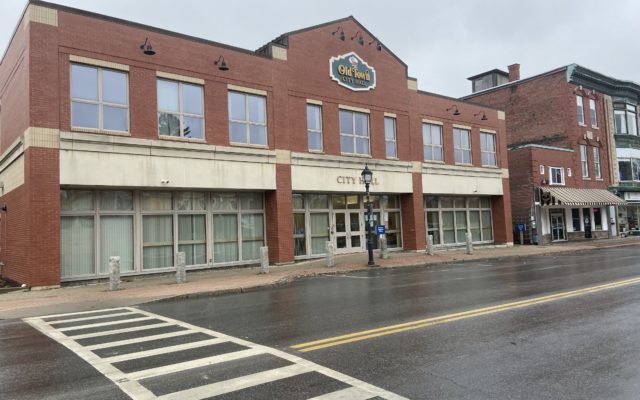 Rosemary Lausier • October 31, 2019
The terms of Incumbents Carol May and Janet Klitch are expiring in December and they are both running again. Timothy Folster, chairman of the city’s LLC economic development board, is hoping to serve on the council for the first time. Each term lasts for three years and there’s no limit to how many times a council member can run, said city clerk Dana Sibley.

The terms of Incumbents Carol May and Janet Klitch are expiring in December and they are both running again. Timothy Folster, chairman of the city’s LLC economic development board, is hoping to serve on the council for the first time. Each term lasts for three years and there’s no limit to how many times a council member can run, said city clerk Dana Sibley.

Here’s some background on each of the candidates (in alphabetical order) along with their reasons for running.

Folster, 61, is the vice president of operations at Sargent Corporation, an employee-driven contracting company. A native of Old Town, Folster graduated from Old Town High School before going to MIT for his bachelor’s degree in mechanical engineering.

Folster served on the LLC economic development board for eight years and wants to continue that focus while on the council. He sees new revenue coming from the recently reopened mill and hopes to provide tax relief for the mill and spend that money wisely.

One of Folster’s goals is to help modernize downtown buildings — which are 1860s vintage — and make them more handicap accessible by adding elevators. Following the demolition of the buildings that were affected in the fire of Sept. 21, Folster says he wants to see something that will bring the downtown “back to life.”

“I just want to move Old Town ahead in a positive direction,” he said. “And get my input to help do that.”

Folster lives an Sewall Drive and is a registered Independent.

Incumbent Klitch is running for the council for the third time. She was elected to the position for six months in 2016 after another councilor left and she was reelected to serve another term. A native of Massachusetts, Klitch got her BS in nursing from the University of Maine at Farmington before serving as the school nurse for the Old Town schools.

One of the issues Klitch hopes to tackle is development. She wants to see the buildings on the waterfront totally restored and the area increase its availability for outdoor events as well as the continued restoration of the new concert venue on Main Street.

Following the fire that swept the downtown on Sept. 21, Klitch says “time will tell” when it comes to the future of the buildings or the plans to rebuild.

Klitch wants to run again to help make Old Town a “better community.”  She said if solar power for the town is feasible, she would consider it.

Klitch lives on Stillwater Ave. She declined to give her political affiliation or age.

May, 72, was born and raised in Old Town and has served on the City Council for many years. Currently working at The Penobscot Times, May attended Old Town High School and the University of Maine Orono majoring in English.

May hopes to focus on the future development of the city, especially the downtown. She said the role of public services in the aftermath of the Sept. 21 fire was “phenomenal” and is proud of those involved.

She said working on the future economic growth will keep the city moving forward, with the opening of the mill being a good start. She said she wants the airport to continue its improvements as part of that plan.

“I believe in Old Town. My heart is in Old Town and I can’t give it up,” she said.

May lives on Oak St. She declined to give her political affiliation because she said the council is a non-political entity.