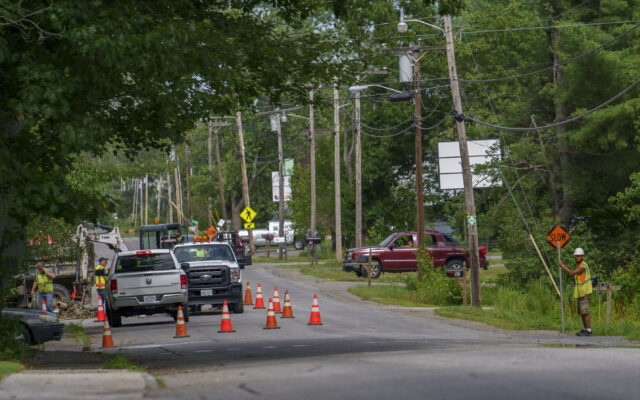 Sawyer Loftus • July 8, 2021
Residents and town officials are at odds over the town’s bidding process to find workers to ditch roads before rolling out a $5 million paving project.

MILFORD, Maine — Residents and town officials are at odds over the town’s bidding process to find workers to ditch roads before rolling out a $5 million paving project.

Higgins said he followed the only existing town policy to get bids — a measure that residents passed during the June 15 town meeting.

The measure — Article 7 of the June 15 warrant — said that any agreement or contract valued at more than $10,000 will be put out to bid. The article doesn’t say what specifically qualifies as a bid or what the bidding process has to look like.

“To see if the Town will vote to authorize the Board of Selectman on behalf of the Town to enter into contract/agreements for services which the Board deems to be in the best interest of the Town. Any agreement valued over $10,000 will be put out to bid at least once,” the article said.

So, Selectman Nick Higgins did what he thought would qualify as seeking out bids, he told the angry crowd Tuesday night.

“I did a private bid. I went out and I got prices,” Higgins said. “I called the people I knew and trusted.”

But Milford resident Mike Blais asked Higgins where exactly the records of those bids are located. Higgins said they aren’t written down, and that he asked for prices on the phone.

Blais listed off other times smaller projects had gone out to bid, like a recent opportunity for a company to mow town property that was priced at $18,000 — seemingly following the intention of the article, Blais said.

But the ditching was needed urgently, which is why the town went the route of getting a quick bid over the phone, Higgins said.

Big picture, the strategy saved money even if it wasn’t exactly by the book, Higgins said.

“Apparently I didn’t do it by the book and not have it on paper. Shame on me — I do apologize for that,” he said. “But I did make phone calls and got pricing.” 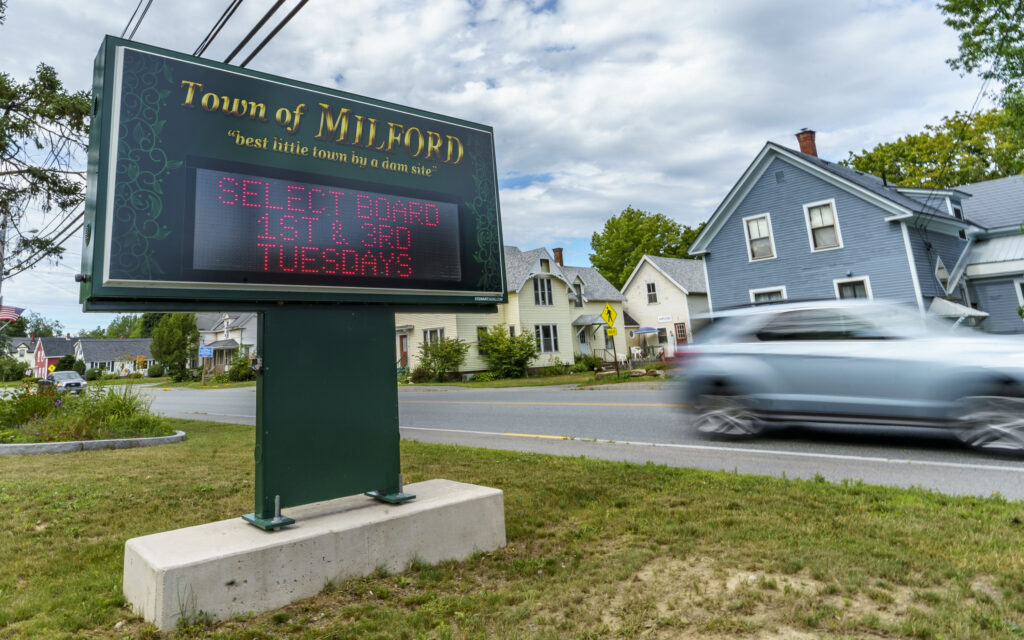 Milford’s digital town sign, which stands at the corner of Davenport Street and Main Road. (Sawyer Loftus | The Penobscot Times)

Some residents said the town’s definition of a bid doesn’t match up with the state’s, but the state does not have a specific statute that applies to municipalities regarding bidding processes, nor does it define what that process should look like for towns.

After more than an hour of arguing, the vice chairperson of the board Diane Lacadie told residents there is a path to remedy the situation.

“Here is the bottom line: we have an article that states things will go out to bid, unfortunately, it does not state private or publicly,” Lacadie said. “Here’s what I recommend … the next town meeting we have, that’s when you come out. You come out during the budget hearings … You can request that the board put in and recommend to the public [the change].”

After the heated exchange, business as usual resumed with a possible solution on the horizon.

It is unclear if and when another town meeting will arise, but there may be two between now and the next annually scheduled town meeting in June 2022, both of which could be times when adjustments to the article could be voted on.