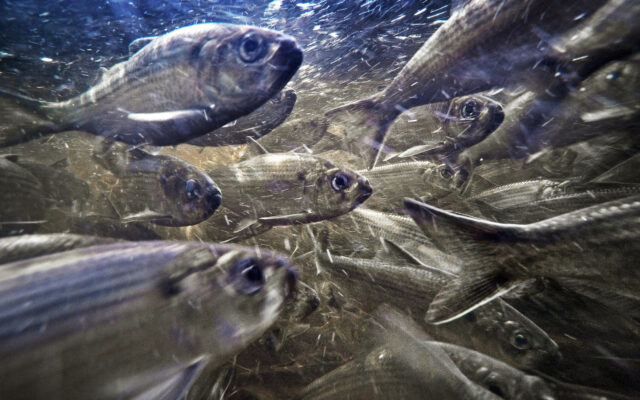 Sawyer Loftus • February 14, 2022
A dam that’s crucial to maintaining water levels along a stream that runs through the campus of a Bradley logging museum is slated for major repairs, after a number of area towns and organizations stepped up to pay for the engineering needed before the work starts.

A dam that’s crucial to maintaining water levels along a stream that runs through the campus of a Bradley logging museum is slated for major repairs, after a number of area towns and organizations stepped up to pay for the engineering needed before the work starts.

The towns of Bradley, Clifton and Eddington as well as the operator of major dams along the Penobscot River and a local lake association have contributed to the engineering work to repair the dam along Blackman Stream, which runs through the Maine Forest and Logging Museum campus.

The Maine Department of Marine Resources has said it will pay for some of the repairs, and is looking for funding for the work, department spokesperson Jeff Nichols said.

The dam is crucial for maintaining water levels along Blackman Stream as well as nearby Chemo Pond, Bradley Town Manager Melissa Doane said.

“The dam is in desperate need of repair,” she said.

The operation also continues more than a decade of work by state and federal agencies and conservation groups to restore alewives to waters in the area. The sea-run fish spend the majority of their time out in the ocean, but once a year they migrate to freshwater to spawn, according to the U.S. Fish and Wildlife Service.

The repaired dam will ensure that hundreds of thousands of alewives that approach it annually will be able to continue moving toward nearby Chemo Pond, Nichols said.

Blackman Stream was inaccessible to the fish until 2010, when a man-made fish ladder was completed and the Department of Marine Resources started stocking the stream with alewives, which are important to the water ecosystem’s health.

The Department of Marine Resources recently sent an engineer to examine Blackman Stream and determine what is needed to maintain consistent water levels, Nichols said.

The plan the engineer came up with includes removing an older dam on the property, replacing the current timber spillway with a concrete structure, and adding a new weir — a structure placed across the width of a river that controls water levels and flow — Doane said.

Doane approached Clifton and Eddington officials last year about contributing funds for the project, and each town agreed to contribute $1,000, she said.

Now that initial planning is done, the group of funders need to find another engineer to make a formal project plan and design the scope of the work. Doane said she hopes the work on the dam will be completed by the summer.

The Maine Natural Resources Conservation Program and the Atlantic Salmon Federation partially funded the work in 2009 to build a fishway and ladder in Blackman Stream, which cost more than $280,000.

The fishway permanently reconnected the 1,223-acre Chemo Pond to the main stem of the Penobscot River and the Gulf of Maine, part of the larger Penobscot River Restoration Project.

In 2010, that fishway was completed and the Department of Marine Resources started stocking the stream with alewives, marking the first time in 150 years that the fish could access the body of water.

In 2015, the logging museum created an annual event that celebrates the alewives’ annual migration.

While a small fish, alewives are a critical part of both marine and freshwater food chains, as they’re part of the diet of larger fish.