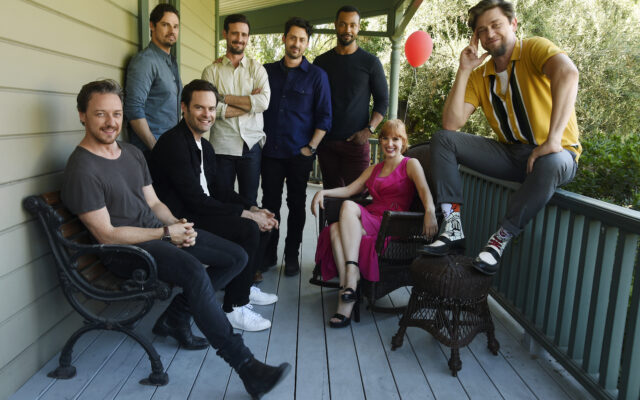 Emily Burnham • January 23, 2023
It seems like there’s a new movie or TV show based on a Stephen King story every six months or so, if not more often. In the past five years alone, there have been 11 adaptations released by studios, from blockbusters like the “It” films to lesser-seen productions like “Mr. Harrigan’s Phone” and the “Chapelwaite” series.

It seems like there’s a new movie or TV show based on a Stephen King story every six months or so, if not more often. In the past five years alone, there have been 11 adaptations released by studios, from blockbusters like the “It” films to lesser-seen productions like “Mr. Harrigan’s Phone” and the “Chapelwaite” series.

This year will be no exception, with at least two and possibly three movies and/or TV series set to hit screens, and more coming in 2024.

Here’s a list of everything that is confirmed to be coming out in the next year or so.

Salem’s Lot
King’s second published novel from 1975 has already been made into two TV miniseries, one in 1979 directed by Tobe Hooper (“The Texas Chainsaw Massacre”) and another in 2004 directed by Mikael Salomon. This time, the story of the Maine town of Jerusalem’s Lot and its big, undead problem gets the feature film treatment, directed by “It” screenwriter Gary Dauberman and set to come out on April 23 on Hulu. It stars Lewis Pullman (“Top Gun: Maverick”) as Ben Mears, a writer who comes home to Maine to find inspiration, and instead finds an ancient vampire terrorizing his hometown. “Salem’s Lot” was shot in late 2021 in and around Boston.

The Boogeyman
A short story from early in King’s career, “The Boogeyman,” was first published in a magazine in 1973 and then was included in his first short story collection, “Night Shift,” in 1978, telling the tale of a family attempting to recover from the mysterious deaths of their mother and two young children. The 2023 feature film adaptation saw a number of COVID-related production delays through 2020 and 2021, but it was finally shot in spring 2022, under the direction of Rob Savage. It’s expected to be released on Hulu this summer.

The story has been adapted into a “Dollar Baby” film seven times — a deal in which King allows aspiring filmmakers to adapt some of his works into non-commercial short films for the price of $1. It was actually the subject of the first-ever Dollar Baby film back in 1982, directed by Bangor native Jeff Schiro.
The Talisman
One of the most popular King works to never receive a film or TV treatment, the rights to this beloved 1984 fantasy novel were purchased by Steven Spielberg shortly after its publication, and the acclaimed filmmaker has been sitting on them ever since. In July 2022, not long after the wildly popular fourth season of “Stranger Things” was released, it was announced that the show’s creators, Matt and Ross Duffer, will produce a “Talisman” series for Netflix with Spielberg and King also producing. It tells the story of Jack Sawyer, a 12-year-old New Hampshire boy who sets off on an epic quest across alternate dimensions in order to save his mother’s life. Filming has not yet started.

Welcome to Derry
The only upcoming King release to not be based on a specific story or novel but rather inspired by his work, this show will serve as a prequel to “It,” telling the backstory about how malevolent demon Pennywise found itself in the otherwise tranquil Maine town of Derry, which as we all know was based on Bangor. The director of both “It” movies in 2017 and 2019, Andy Muschietti, will serve as a producer, and HBO Max has picked up the series. Filming has not yet started, though as with the movies, it’s unlikely to be shot in Maine — both “It” films were shot in Canada.
Fairytale
We said “Fairytale,” King’s latest novel, was his best work in more than a decade, and Hollywood producers seem to agree, with a bidding war erupting for the rights to adapt the book. Universal ended up buying the rights, and has lined up Paul Greengrass (“The Bourne Identity”) to direct. The dark fantasy novel about an Illinois teenager who inherits the keys to an otherworldly realm was an instant bestseller when it came out in September 2022. No word yet on a script or shooting date, but expect a quick turnaround given the novel’s popularity.