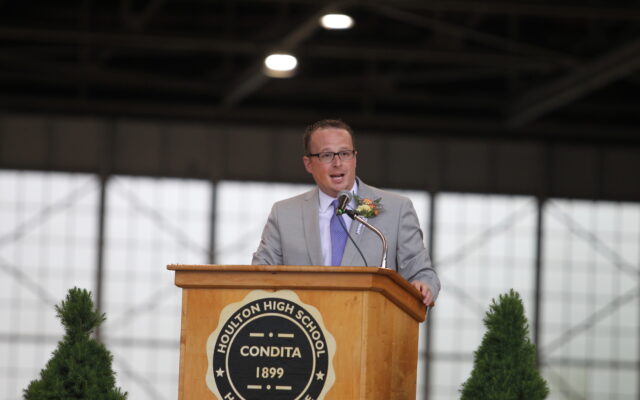 Sawyer Loftus • May 20, 2022
Timothy Tweedie, principal of Houlton Middle-High School, will take over as Veazie’s superintendent and principal of the Veazie Community School on July 1.

The principal of an Aroostook County school will become the next leader of the Veazie School Department.

Timothy Tweedie, principal of Houlton Middle-High School, will take over as Veazie’s superintendent and principal of the Veazie Community School on July 1.

Tweedie is a 16-year education veteran, having served as assistant principal and as a social studies teacher at the Houlton school before becoming its principal in 2020.

Tweedie replaces Matthew Cyr, who will become superintendent of Regional School Unit 34 in the Old Town area after the end of the school year. Cyr, who has served in the Veazie post since 2015, will replace David Walker, RSU 34’s longtime superintendent who is retiring.

The Veazie School Department serves 236 students, according to Maine Department of Education data, including 163 students who attend Veazie Community School and high school students from the town who can attend an area high school of their choice.

“I grew up in a small town, so I appreciate and value the importance small schools have in their communities,” Tweedie said. “VCS has a reputation for being a high-achieving school that focuses on the students’ needs and growth. I believe my previous life and work experiences have prepared me for a successful transition.”

Veazie School Committee chair Valli Vel said there were several qualified candidates, but the search committee unanimously selected Tweedie as the finalist to present to the full school committee.

“His passion for education and his commitment to students and the community clearly came through during his interview process,” Vel said.