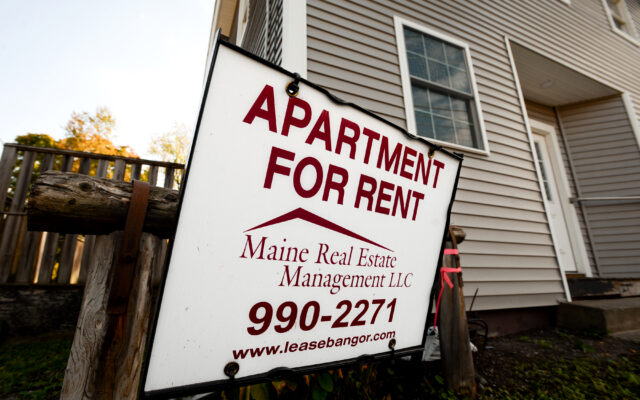 Kathleen O'Brien • January 23, 2023
Bangor landlords may soon have to give tenants two months’ notice before raising rental fees and won’t be allowed to charge application fees.

Bangor landlords may soon have to give tenants two months’ notice before raising rental fees and won’t be allowed to charge application fees.

Next month, the Bangor City Council will consider an updated version of a proposed ordinance designed to protect tenants from unjust costs and reaffirm anti-discrimination rights.

If passed, the proposed rules would eliminate housing application fees and cap screening fees — which pay for background checks, credit reports and eviction records — at $75. However, a landlord can only screen applicants “they are seriously considering for tenancy of an available unit,” according to the draft language.

The proposed ordinance comes at a time when obtaining an affordable apartment or other rental unit is very competitive due to the housing shortage in the area, and landlords are at an advantage.

Though some councilors were against any fees placed on a tenant before they officially rent the space, others said they understood why a landlord would want to run a background check on a prospective tenant.

“I’m against any type of fee when it comes to finding candidates for a rental,” Councilor Joseph Leonard said Wednesday. “There is too much room for people who are economically disadvantaged to be taken advantage of, especially when they don’t fully understand their rights.”

Councilor Dan Tremble, chairman of the Government Operations Committee, said though it seems like a small measure, eliminating and capping those fees is a sign of “huge progress,” in the city’s effort to address the lack and cost of housing in Bangor.

If passed next month, the rules would also require landlords to give two months’ notice before raising a tenant’s rent and ban landlords from any increases if there’s a code violation in the property.

The rules also state a landlord cannot deny a person’s application because they believe the person would be spending too much of their monthly income on rent. The exception to this rule would be in cases where a person is attempting to rent a “high-end” property.

The rules would also protect a tenant from being evicted as retaliation if they voiced a complaint about the property in the last six months, which matches a state statute.
Bangor isn’t the only Maine city to develop a tenants rights ordinance. Portland passed its ordinance in November 2020 and activated it on Jan. 1, 2021.

Portland’s ordinance established a base rent and caps annual increases. In addition to some of the elements of Bangor’s proposed ordinance, including notice of rent increases and prohibiting discrimination based on funding, Portland’s measure established a rent board to hear complaints and mediate solutions.

Bangor councilors will review the ordinance more than four months after the first version of the rules was drafted last October in response to calls for help from people facing unsustainable increased rental fees and struggling to find and maintain housing in Bangor, Assistant City Manager Courtney O’Donnell said.

The first version wasn’t passed after councilors heard pushback from local landlords and proposed new ideas to be included in the law, O’Donnell said. The proposed rules have gone through two edits since then, bouncing back and forth between city staff and the council’s Government Operations Committee, O’Donnell said.

The Government Operations Committee combed through the latest version of the rules last Wednesday and made slight adjustments. Councilors will decide whether to pass the latest draft on Feb. 13, but it will need to be approved a second time on Feb. 27 before the rules can take effect, O’Donnell said.

A months-long editing process isn’t unusual for an ordinance that “can be considered controversial,” O’Donnell said. Councilors also proposed new ideas for the measure throughout the editing process, further slowing progress.

“From the staff’s perspective, we’d rather spend more time on the front end to make sure the council is making informed decisions rather than having an ordinance passed just to pass it then having things that need to be resolved after the fact,” O’Donnell said.

The council is scheduled to review the ordinance at its Feb. 13 meeting.