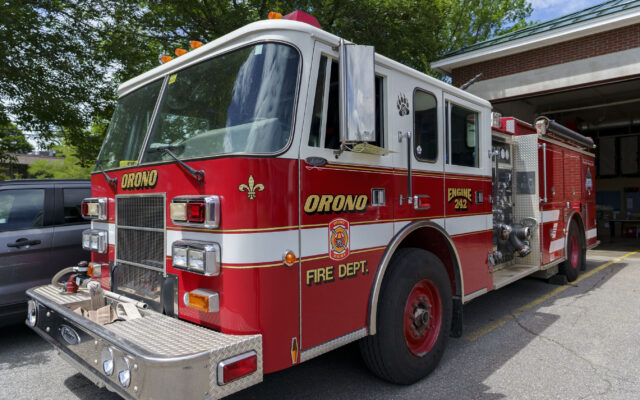 Chief says one Orono fire truck needs to be replaced

Low told the Town Council that the department needs to look at buying a new truck that will better serve the community’s needs and protect its crews during the council’s finance committee meeting on June 28.

The new truck — which is down to two options — could cost from $675,000 to $696,000. But, the town doesn’t have money specifically earmarked for the purchases in its new budget, which was approved that same night.

The department has two ambulances, a primary pumper truck, a secondary pumper truck — the one that needs to be replaced –, a hazardous materials truck, a combined pump and ladder truck as well as a utility pickup truck.

The department’s secondary pumper is from 1998 and has served the community since then, but things have changed.

“When the truck was purchased, all we did here at the Orono Fire Department was firefighting,” Low said Wednesday. “Over the last 20 years, our mission has changed.”

Part of that changing mission for the department is an expansion of services, like water rescues, confined space rescues and more services to the University of Maine, he said.

As those services grew, the amount of equipment needed increased and spread across multiple vehicles.

The goal is to centralize a lot of equipment in the new vehicle, Low said.

“We know that we’ll still have some equipment that will have to go into a support vehicle, but what we send out the door initially will be enough to at least get us started to perform those operations with a new truck,” he said. “And, when you’re talking about somebody stuck in rapid water on the river or somebody who is in a trench or a pipe, minutes do matter.”

Fire departments are required to have equipment that meets certain standards that ensure firefighter safety — as well as the safety of each mission — and right now this truck is pushing that to the limit, Low said.

The truck has seen several repairs over the years, but now the frame is rusting out from underneath and some of the straps that hold the water tank on the truck are on their way out too, Low said.

In July alone the department is expected to spend $3,200 to cover repairs needed to get the vehicle inspected, and one patch already done on the truck will eventually need a full repair that will cost at least $22,000, according to documents given to the Town council on June 28.

The council agreed during the meeting that there’s no question the department needs a new fire truck. What’s left to be decided is how to pay for it.

Currently, the town doesn’t have any money specifically earmarked for this in the new budget for fiscal year 2022, so it would have to be financed, according to documents presented to the council.

While it’s difficult to fully account for the total amount the town has spent on the older truck, Town Manager Sophie Wilson said the type of repairs needed reflect the vehicle is at the end of its life.

The council will decide how to proceed at its next meeting, scheduled for July 12. After the council approves the new truck, it could take about eight months before it makes its way to Orono, Low said.