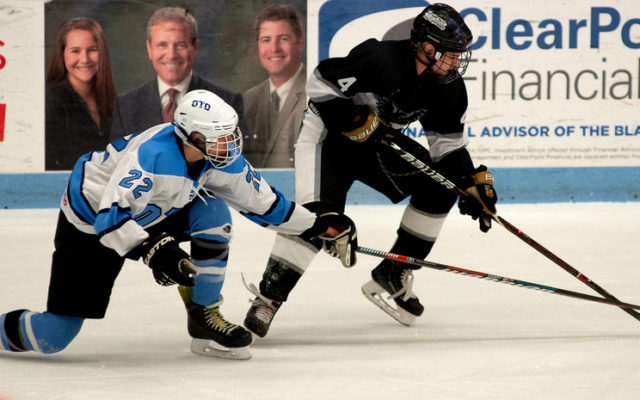 Traditionally a hockey banquet is held to honor the student-athletes, but this year, amid COVID-19 concerns, the ceremony was canceled.

Old Town-Orono finished the regular season with a 12-5-1 record and were the No. 2 seed in Class B North this year. The Black Bears beat Brewer 3-0 in the quarterfinals, bested Messalonskee 6-0 in the semifinals and defeated Presque Isle 6-2 in the regional championship.

The Black Bears fell to Greely 5-1 in the state championship.

Named to the second-team all stars were Tyler McCannall and Nate Young, while Sam Henderson and Tanner Evans both received fourth-team all star honors. Dylan Street received honorable mention.

Correction: An earlier version of this story misnamed the team.