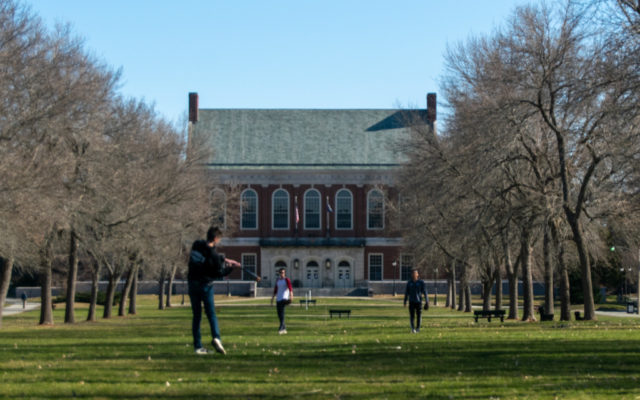 Nina Mahaleris • April 26, 2020
Each year, the university’s Alumni Association raffles off one year of free undergraduate in-state tuition -- a prize of about $9,000 this year.

Each year, the university’s Alumni Association raffles off one year of free undergraduate in-state tuition — a prize of about $9,000 this year.

The program, which is at least a couple of decades old, started as a way to connect alumni and current students and help raise funds for events put on by the Alumni Association, according to President and Executive Director John Diamond.

The raffle is open to anybody, whether a student or not, said Diamond, and winners can choose who receives the money. This year’s raffle is also sponsored by the University Credit Union.

Raeann Berry was nearing the end of her sophomore year when her mother, Maureen, won the raffle in 2018 — easing her worries about being forced to take out extra loans to cover tuition costs.

She was going back and forth between the financial aid office and the bursar’s office when her mom called with the news. “It was kind of nice to get that big chunk of money. It helped out a lot financially,” said Berry, a Long Island, New York, native.

“It’s just an incredible feeling… because college education is so important and it’s frightfully expensive now,” her mother said. “For a 21-year-old to have [a] $40,000 dollar debt… it’s frightful.”

Last year, in-state tuition for one semester at UMaine, about 15 credit hours, cost approximately $5,719, including university fees. For a non-Maine resident, that price more than doubles to $15,874.

According to the Federal Reserve Bank of New York, Americans collectively had $1.47 trillion in student loan debt as of the end of 2018, NBC News reported. Last year, outstanding student loan debt stood at $1.48 trillion in the second quarter of the year, down $8 billion from the previous quarter.

A year prior, the Federal Reserve reported that one-fifth of adults with student loan debt were also behind on their payments.

The association will announce the winner over Facebook Live on May 6. “It’s a very popular program,” Diamond said, acknowledging that this year may not bring as much fanfare as in the past, due to the pandemic.

The university raffle is free to enter, although the association suggests a $5 donation. People may enter at umainealumni.com/annual-tuition-raffle/.