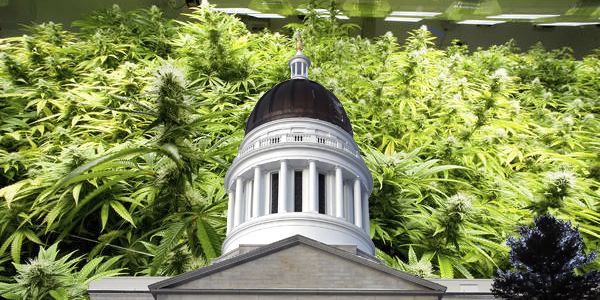 Sen. James Dill, D-Penobscot • June 22, 2020
As we approach the fifth month of the COVID-19 pandemic in Maine, it’s a topic that continues to dominate headlines.

As we approach the fifth month of the COVID-19 pandemic in Maine, it’s a topic that continues to dominate headlines. Every week there’s something new about testing, infection rates, masks, vaccine trials or something else related to this disease that has upended our economy and health care system.

But while this virus is still fairly new, there’s another crisis we’ve been dealing with for years now that has also claimed many lives: the opioid crisis.

Between 2014 and 2019, 1,799 Mainers died from a drug overdose. That’s an average of almost one person per day, for five years straight. Countless Mainers have grieved their loss, and still more have suffered as a loved one struggled with substance use disorder and the self-destructive behavior that often accompanies it.

The addiction crisis isn’t just killing Mainers, it’s tearing at the fabric of our families and communities. And it shows very little sign of letting up.

At the root of this crisis is an aggressive and deceitful marketing campaign by Purdue Pharma, the manufacturer of OxyContin. Purdue introduced this powerful painkiller in 1996 as a supposedly safe treatment for chronic pain. They claimed that the risk of addiction to OxyContin was very low and used a team of hundreds of salespeople and a sophisticated database to push doctors to prescribe OxyContin to more patients. The strategy worked: Sales of OxyContin grew from $48 million in 1996 to almost $1.1 billion in 2000. Meanwhile, from 1995 to 2001, the number of patients treated for opioid abuse in Maine increased 460 percent.

Despite Purdue Pharma’s claims to the contrary, OxyContin was highly addictive. And as sales of the drug spiked, so too did abuse and addiction.

A 2002 report from the Maine Office of Substance Abuse titled “Oxycontin Abuse: Maine’s Newest Epidemic” showed a sharp increase from 1995 to 2002 in the number of Mainers who sought treatment for addiction to OxyContin and similar products. The report showed that over that time period, the number of folks in Penobscot County seeking treatment rose from 12 per year to 357.

The crisis has only grown from there, and Maine has struggled to get a handle on it. As the government took steps to crack down on opioid abuse, many of those who continued to struggle with substance use disorder simply turned to other substances, such as heroin and fentanyl.

And while Maine is one of several states that is suing Purdue Pharma and the Sackler family that controls it for their role in this crisis, the parties have yet to reach an agreement.

That has not stopped the Maine Legislature from taking action to hold opioid manufacturers accountable. This winter, we passed a new law that allows Maine to collect information from opioid makers and charge them a fee to do business in the state.

The money collected from fees, which includes a $55,000 licensing fee and a $250,000 product registration fee, will be used to fund treatment and recovery programs. This new law took effect last week.

We still have a long way to go to put this crisis behind us, but this new law is a big step forward. It makes it clear that Big Pharma played a role in creating this crisis, and therefore is responsible for helping us fix it.

As always, if you have any questions or concerns, you can reach me by emailing James.Dill@legislature.maine.gov or by calling my office at 207-287-1515. I work for you, and you have a right to hold me accountable.