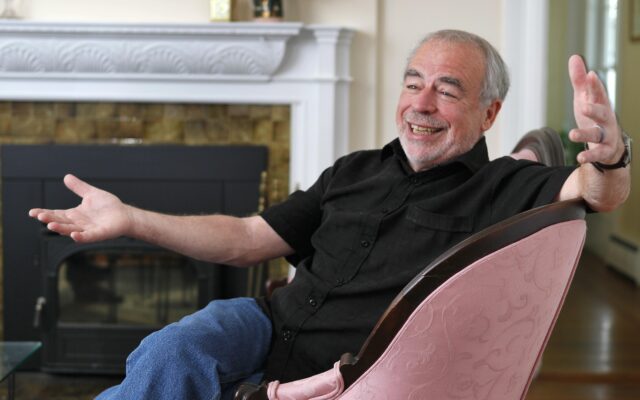 Emily Burnham • January 12, 2023
A new TV series based on a book by Maine author Richard Russo will premiere on AMC, starring Bob Odenkirk in his first role after playing the critically acclaimed title character in the “Breaking Bad” spinoff “Better Call Saul.”

A new TV series based on a book by Maine author Richard Russo will premiere on AMC, starring Bob Odenkirk in his first role after playing the critically acclaimed title character in the “Breaking Bad” spinoff “Better Call Saul.”

“Lucky Hank,” based on Russo’s 1997 book “Straight Man,” will premiere March 19. Odenkirk will star as main character William Henry Devereaux, a professor at a failing college in a rural Pennsylvania town.

When the project was first announced in 2022, Odenkirk called Russo’s novel “excellent” and “entertaining”, noting that he was “drawn to the tone of humanity and humor in the novel and I look forward to playing this role — something lighter than my recent projects but still closely observed and smart.”

The Portland-based Russo’s novels have been adapted for movies and television many times before. “Nobody’s Fool,” a 1994 movie based on his 1993 novel of the same name, received multiple accolades including an Academy Award nomination for Best Actor for Paul Newman.

In 2005, an HBO miniseries based on Russo’s 2001 Pulitzer Prize-winning book, “Empire Falls,” was released. The miniseries, again starring Paul Newman as well as Ed Harris, Helen Hunt and Philip Seymour Hoffman, was set and filmed in Maine. Much of the series was shot over the summer of 2003 in Waterville and Skowhegan, as well as in the towns of Winslow, Ogunquit and York. 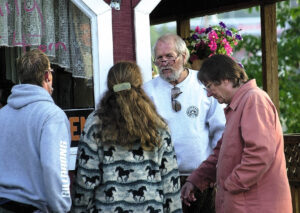 Russo, originally from upstate New York, moved to Maine in the early 1990s and taught at Colby College for years until he retired in 2012. He lives in Portland, after living in Camden for a number of years.

His next novel, “Somebody’s Fool,” is due out in July, and is the third in a trilogy set in the fictional town of North Bath, New York, including “Nobody’s Fool” and “Everybody’s Fool.”

Russo told the Portland Press Herald on Tuesday that “Lucky Hank,” is only loosely based on his novel.

“The show’s writers are using my book as a launching pad to tell their own story in their own way,” Russo said on Tuesday. “I don’t want the spotlight on me. It’s their show.”