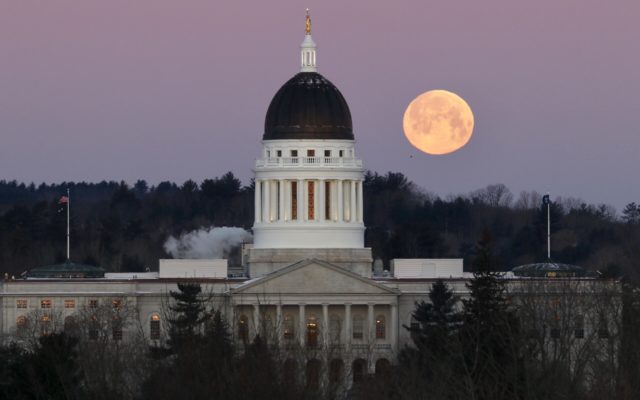 On March 3, 1820, President James Madison approved Maine’s admission as the 23rd state in the United States of America. It was the first step in the Missouri Compromise, which allowed the admission of Maine, where slavery was banned, and Missouri, where slavery was still permitted. William King, a prominent politician who had led the charge for Maine’s secession from Massachusetts for years, was elected our first governor.

In 2017, the Legislature created the Maine Bicentennial Commission, made up of legislators, the governor and representatives of various statewide groups focused on Maine’s history, culture and people.

The commission, which is chaired by my friend and colleague Sen. Bill Diamond, D-Windham, is working to commemorate the 200th anniversary of Maine’s statehood. Its goal is to not only celebrate our shared history, people, places, institutions and economy, but also envision our future prosperity.

Maine’s bicentennial celebration is anchored around five signature events. The first was a kickoff last year on July 29, the anniversary of Maine’s vote to form a state. Gov. Mills toured the state, raising a special commemorative flag to mark the occasion in Presque Isle, Bangor, Augusta and Portland.

The second signature event will be the Statehood Day Celebration at 1 p.m. March 15, at the Augusta Armory. The event will feature music, poems and speeches from the congressional delegation and a representative of the Penobscot Nation. And of course, there will be birthday cake.

The third event will be the Bicentennial Parade hosted by the cities of Lewiston and Auburn on May 16. It will be an impressive event, featuring floats and performers from around the state. The parade will also feature an intergenerational marching band directed by Snow Pond Art’s own John Neal. The Commission is inviting musicians over the age of 13 from across the state to learn two pieces of music, attend two rehearsals, and march in the parade as part of this once-in-a-lifetime band. For information about attending or participating in the parade, visit maine200parade.com.

The Maine Bicentennial Tall Ships Festival, the fourth signature event, will begin in Boothbay Harbor on June 26, and will continue on July 2-4 in Rockland, July 8-10 in Bangor and Brewer, July 10-12 in Bucksport and July 12-14 in Castine, Searsport and Belfast. It will end with the Parade of Sail on July 16 in Portland, with vessels dockside and sail-away excursions through July 19. Each host port will provide dockside access for the public, and organize activities on land.

The final signature event will be the Innovation Expo in Bangor on Oct. 10-12, a future-focused showcase of Maine businesses and academic institutions. It will feature exhibits from the shipbuilding, forest products, aquaculture, agriculture, defense, education, research and technology sectors, and will focus on encouraging young adults to stay and work in Maine.

The Bicentennial Commission is also funding a series of Community Grants to help individual towns and cities host their own bicentennial celebrations. The first round of grants has already been awarded, and the deadline for the next round is Saturday, Feb. 1. Visit maine200.org for information.

Between local and statewide events, there will be plenty of opportunities to celebrate Maine’s 200th birthday. To see a full list of events, visit maine200.com. I hope to see you and your family at one.

If you have any questions, comments or concerns, I want to hear from you. You can reach me by email at James.Dill@legislature.maine.gov or by phone at 207-287-1515. I work for you, and you have a right to hold me accountable.