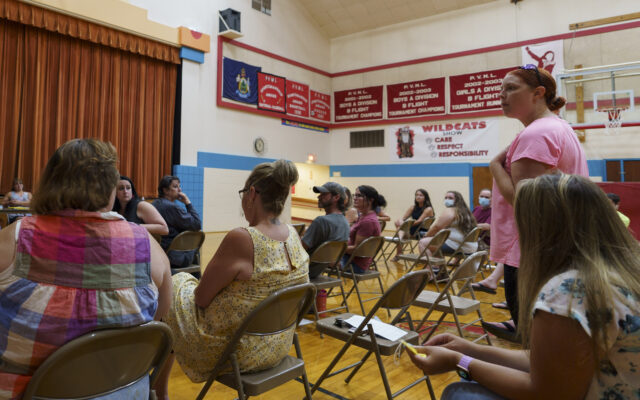 Sawyer Loftus • August 13, 2021
After a fiery back and forth between audience members and the school committee, Milford’s only public school will start the new school year with a universal mask requirement.

MILFORD, Maine — After a fiery back and forth between audience members and the school committee, Milford’s only public school will start the new school year with a universal mask requirement.

But the decision did not come easily. Milford residents and teachers alike exchanged views with the committee and each other over masks.

Clark opened up the more than hour-long conversation by saying she understood this was going to be a contentious one, but that her goal was to find a solution.

Clark said her job in the discussion was to provide residents with what health officials are recommending and what different options looked like, but her end goal is to get kids into school five days a week.

“I wasn’t sure how to approach this conversation because I feel like it’s latent with great expectations,” Clark said. “It’s not unlike any one of us as a kid looking into our Christmas stockings to only find a lump of coal.”

But, what’s important is that CDC recommendations do not work as a choose-your-own adventure, rather if the district were to adopt a hybrid mask policy things like three-feet social distancing and the option to move more freely about the school would be thrown out the door, Clark said.

This is because of a need to effectively handle potential outbreaks and contact tracing — the more variables you throw into a masking policy the more difficult it is to control an outbreak, she told the crowd. 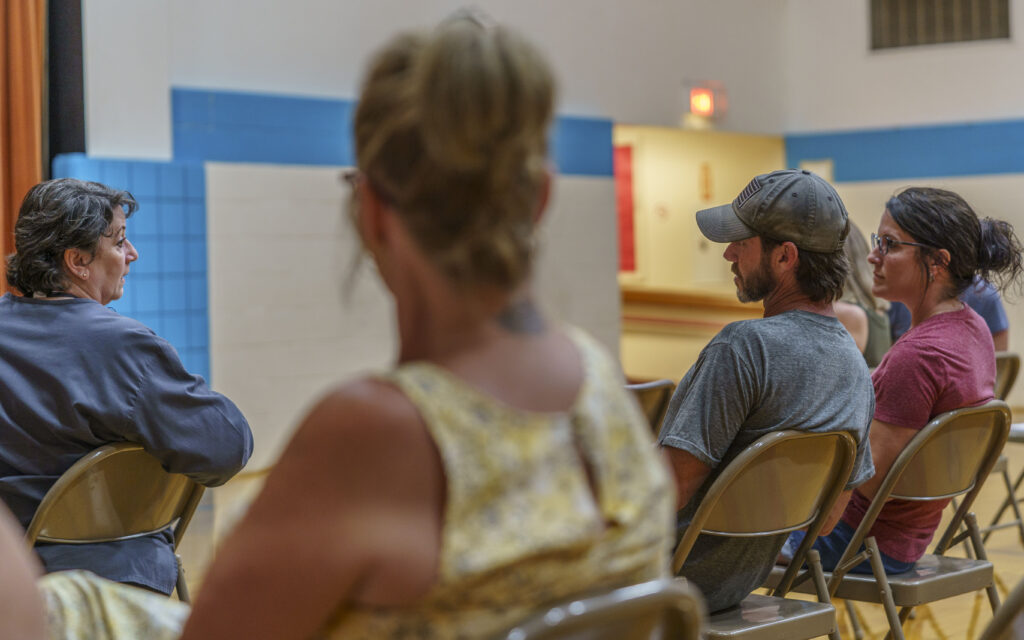 MILFORD, MAINE — Aug. 12, 2021 — Members of the Milford community debate the pros and cons of a universal mask mandate during a Milford School Committee meeting inside the Dr. Lewis Libby School Aug. 12, 2021. (Sawyer Loftus | The Penobscot Times)

Some in the audience disagreed with the CDC recommendations saying they want to decide for their kids if they should wear a mask, including Higgins.

Others disagreed including one mother who spoke about her immunocompromised child. She said she would prefer her children return to school with masks, but science shows that her child is safer that way.

To strike a compromise, Higgins made a motion to reopen school five full days a week with a hybrid mask policy that would require them when moving between locations and other high traffic areas. But the motion was quickly shot down.

Then, vice chairman Day made a motion to reopen with a universal mask policy which was also shot down with a split vote, 2-2.

After more discussion including the implications of a hybrid masking option — which cancels out the three-feet social distancing guidelines — Chairman Blais asked for a motion to be made again by Day.

This time, he voted alongside Day and Schweit in favor, with Higgins the sole vote against a universal mask mandate that would require all students and staff to wear masks at all times except when outside, eating or drinking. The committee agreed to review the measure after six weeks. 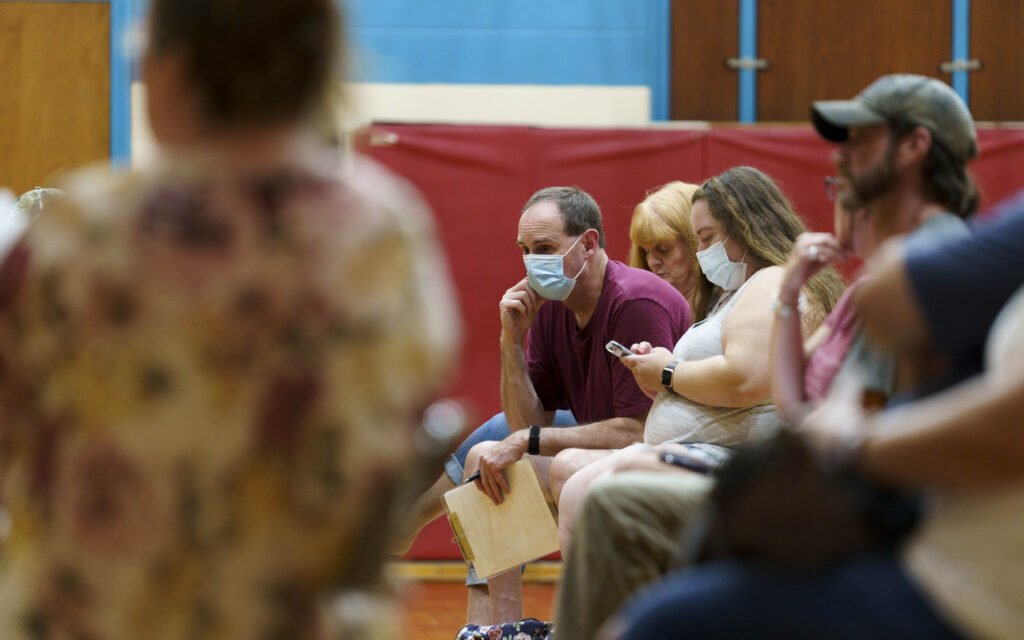 MILFORD, MAINE — Aug. 12, 2021 — Members of the Milford community debate the pros and cons of a universal mask mandate during a Milford School Committee meeting inside the Dr. Lewis Libby School Aug. 12, 2021. (Sawyer Loftus | The Penobscot Times)