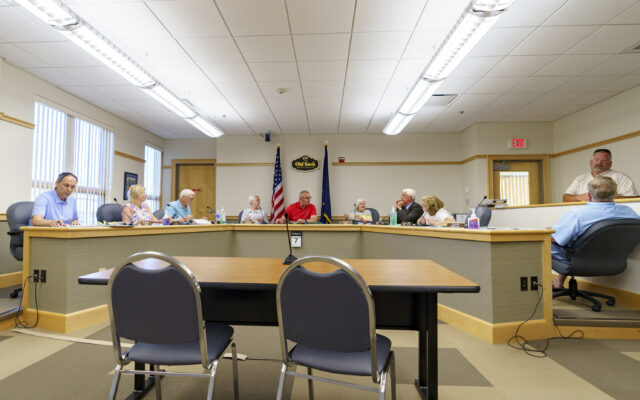 Sawyer Loftus • June 10, 2021
The city of Old Town will get four new electric vehicles -- for free -- adding to the number of towns, cities and Maine governmental agencies that are taking advantage of thousands of dollars in rebates and other incentives to go green.

OLD TOWN, Maine — The city of Old Town will get four new electric vehicles — for free — adding to the number of towns, cities and Maine governmental agencies that are taking advantage of thousands of dollars in rebates and other incentives to go green.

Old Town councilors unanimously approved leasing the cars at their Monday meeting through a rebate program offered by Efficiency Maine, an organization that aims to lower the environmental impact and cost of energy in Maine.

Gov. Janet Mills has pushed to expand access to electric vehicles since 2019 when she and Efficiency Maine unveiled a plan to offer financial incentives for Mainers interested in buying vehicles, and to build 50 public charging stations. A total of 31 towns, cities, water districts, police departments and school districts have taken advantage of the program thus far, putting 72 electric vehicles on the road, Efficiency Maine Executive Director Michael Stoddard said Monday.

Mills issued an executive order in April calling for a clean transportation roadmap that would sharply increase the number of electric vehicles on Maine’s roads by 2030, a benchmark that would accelerate meeting the state’s climate goals.

The Efficiency Maine EV Accelerator program has different levels of rebate amounts for different groups interested in purchasing or leasing electric vehicles, with the hopes of making electric vehicles more accessible across the state, Stoddard said. More than 1,000 rebates were provided to Maine residents who wanted to make the switch too. 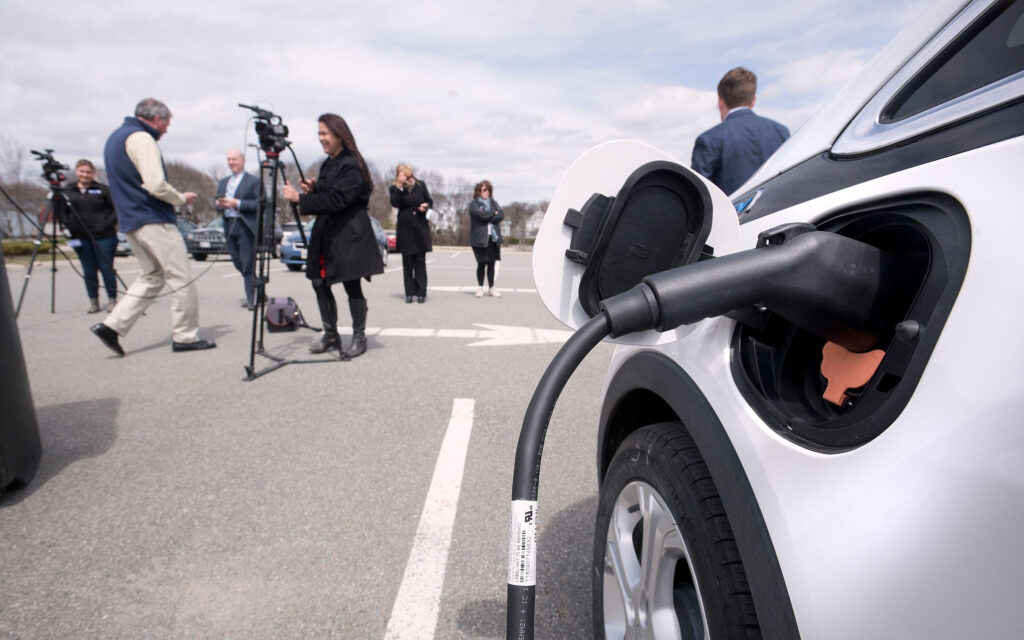 People gathered for a ceremony unveiling an electric vehicle charging station in the southwest parking lot of Cross Insurance Center in Bangor in this 2019 file photo.
Gabor Degre | BDN

The rebates are funded through the settlement of a lawsuit with Volkswagen in 2017 for violating emissions control laws, meaning there are zero taxpayer dollars in the program, Stoddard said. Mills was the attorney general at the time of the lawsuit that comprised10 states, including Maine.

“It’s been really gratifying to see how quickly Maine consumers are getting comfortable with electric vehicles and how fast their popularity is growing,” Stoddard said.

The city will get $12,000 per year for each car, completely covering the costs of the leases, Old Town Assistant City Manager Travis Roy told the council. It will lease four Hyundai Konas, each with its own charging system, and according to Roy, the total electric cost for the vehicles would likely be around $500.

“We can’t find any risk [with this program] to be honest with you,” he said.

The town of Kennebunkport has been using two electric vehicles since February, Town Manager Laurie Smith said. While overall the vehicles have slightly lowered costs, the reduction in harmful emissions is worth it, she said.

“We were a little skeptical when we first heard about it, but staff have been pleased,” Smith said. “I think it’s really opened up the possibility of other electric vehicles in the future.”

Kennebunkport has two Hyundai Konas, the same cars Old Town plans to lease. Smith said the town is projected to save at least $4,000 so far since they now don’t have to reimburse town employees that use their own cars for town business.

“I think it is a success and I’ve had other towns call me and say they were going to enter into the program as well,” Smith said.

In Old Town, the vehicles will be used primarily for municipal staff that often have to drive their vehicles for city business, like city Code Enforcement Officer David Russell. Russell told the council he drives an average of 7,500 miles a year, in his personal car, on city business.

The city has been paying out about $10,000 a year for mileage reimbursement, but acquiring the four electric vehicles could potentially split that number in half, Roy said.

“Sounds like a no-brainer to me,” council Vice President Timothy Folster said before the vote Monday night.

Roy said that after three years if the city isn’t satisfied with the cars or there are no new financial incentives to cover the cost, a buyout option might be possible. Or they would return to the city’s current status, which includes reimbursing mileage and two municipal vehicles the city already has.

Either way, the new vehicles will cost the city relatively nothing as long as they don’t exceed the terms of the lease, potentially saving at least $48,000, Roy said.

Of these new chargers, one will be placed in Bangor, at the Irving Oil on Odlin Road. There is already a charging station at the University of Maine’s Advanced Structures and Composites parking lot.