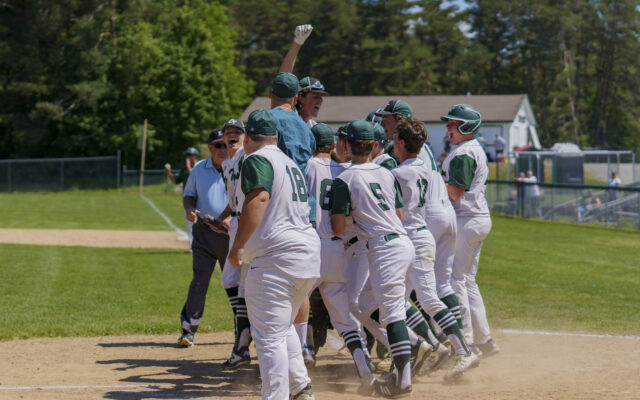 Sawyer Loftus • June 14, 2021
After a neck and neck six innings, No. 1 seeded Old Town made a late comeback in the bottom of the seventh to beat No. 5 Mount Desert Island, 7-6, Saturday afternoon in the Class B North semifinals.

OLD TOWN, Maine — After a neck and neck six innings, No. 1 seeded Old Town made a late comeback in the bottom of the seventh to beat No. 5 Mount Desert Island, 7-6, Saturday afternoon in the Class B North semifinals.

With the win, the Old Town Coyotes (13-4 overall) advance to the Class B North championship where they will face No. 2 Ellsworth (18-7 overall), Tuesday, June 15, 6:30 p.m. at Mansfield Stadium in Bangor.

Old Town Coach Justin Crisafulli said for his first year as head coach Saturday’s game was a good way to wind down the season.

“We were down 5-1 and this team just doesn’t quit,” he said. “This is my first year and we have a lot of great athletes on this team.”

Down 6-5 heading into the home half of the seventh inning, Old Town mounted a frantic rally scoring two runs to win the game in thrilling fashion.

Leading off for Old Town, Matthew Seymor singled to left field. After a pop out, Seymour advanced to third on a hard-hit ball by Casey Downs, putting runners on the corners. Peyton Vose next drew a walk to load the bases.

Noah Thibodeau followed with a walk, scoring Seymor to tie the game at 6-6.

The Coyotes tied the game up by the end of the fifth inning, but MDI pulled ahead with a single run in the sixth putting the score 6-5.

MDI head coach Andy Pooler said even though the game didn’t go the Trojans way he was proud of his team.

“I’m proud of them. Old Town, they’re number one for a reason and we just couldn’t quite put them away,” he said. “I’m proud of my guys and good luck to Old Town.” 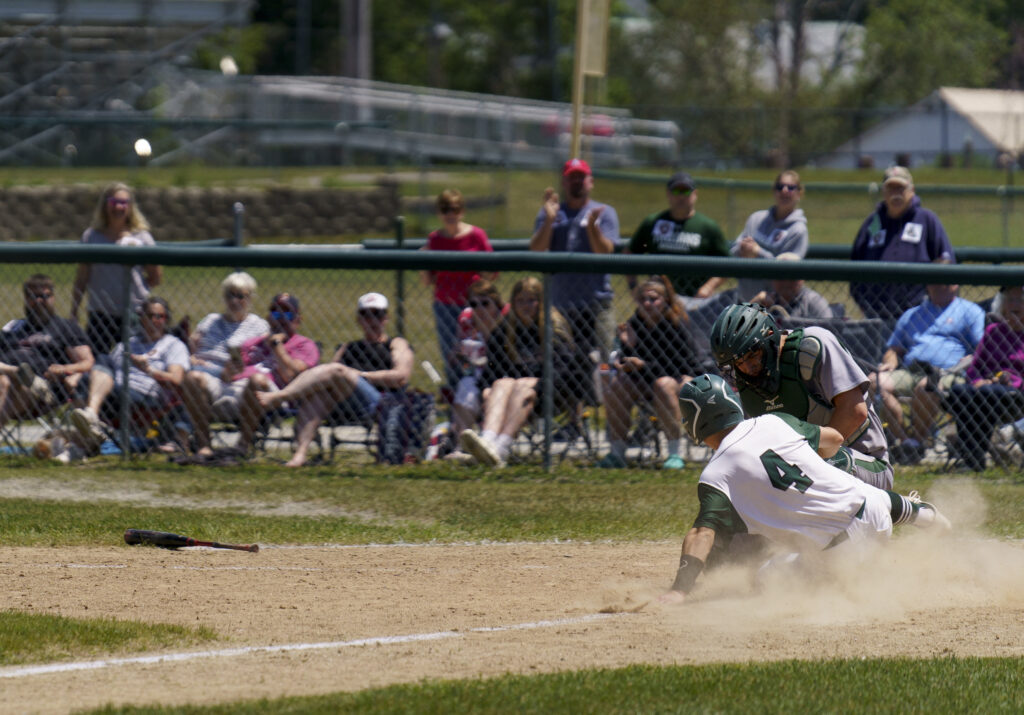 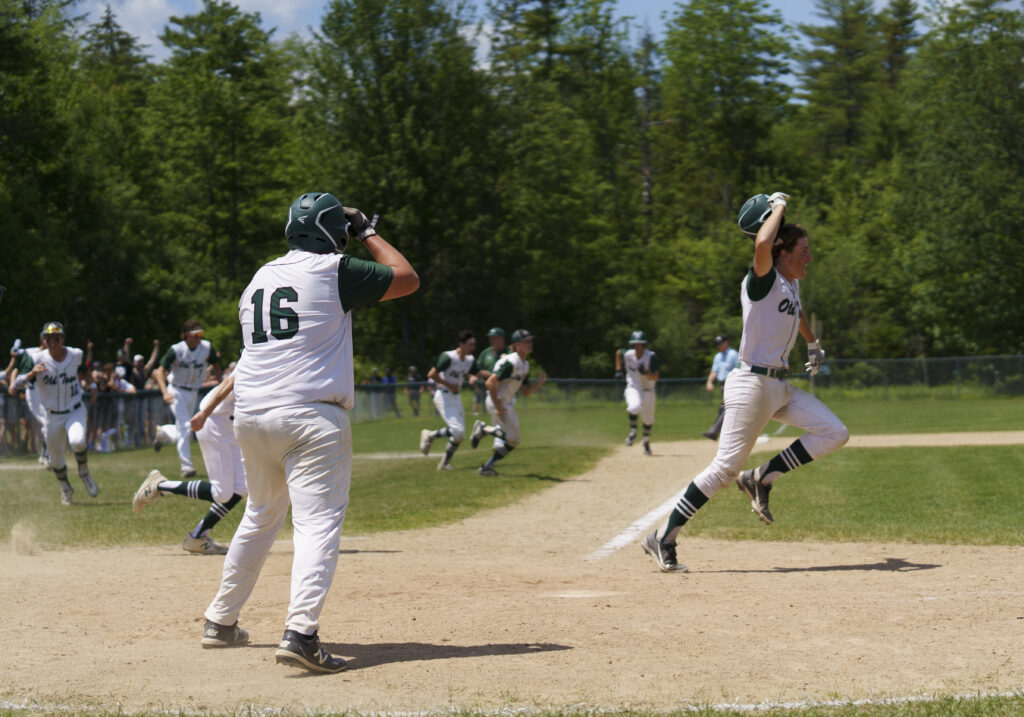