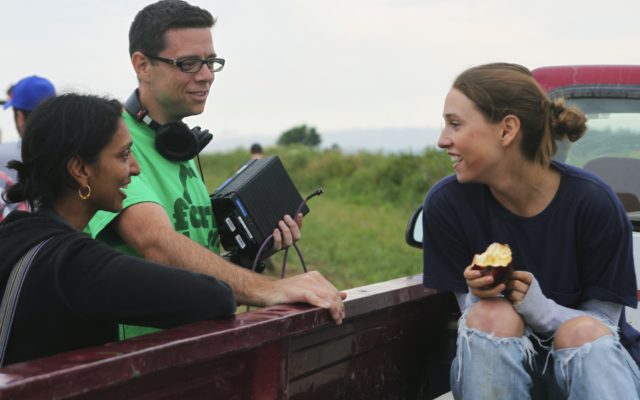 Emily Burnham • January 27, 2020
The as-yet unnamed film was first announced on Friday by movie industry website Deadline, who reported that production company 101 Studios will finance and distribute the film.

Old Town native Aron Gaudet and his filmmaking partner and wife, Gita Pullapilly, are set to write and direct a dramatic feature film based on Pulitzer Prize-winning journalist David Armstrong’s reporting on the deceptive practices of pharmaceutical companies in the opioid crisis.

Gaudet and Pullapilly are best known to Mainers as the directors of the documentary “The Way We Get By” about the Maine troop greeters, and of the Aroostook County-based feature film “Beneath the Harvest Sky.” Gaudet, a 1996 graduate of the New England School of Communications, is the son of troop greeter Joan Gaudet, who died in 2014.

“This is a subject that has been important to us, since researching ‘Beneath The Harvest Sky’ in 2010,” Gaudet said in an email Monday. “We recognize so many families in Maine, as well as across the country, have been affected by this crisis.” 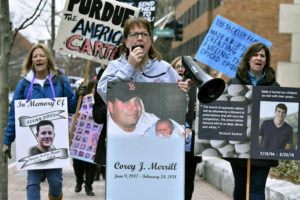 The as-yet unnamed film was first announced on Friday by movie industry website Deadline, who reported that production company 101 Studios will finance and distribute the film. Armstrong told Deadline that he was “pleased that the story of this crisis, which has impacted so many families, will be shared with a movie audience. I am impressed with the vision Gita and Aron have for telling this story and confident it will resonate with audiences.”

“We believe this is the defining social issue of this generation,” Gaudet said. “David Armstrong is an incredible investigative journalist. His reporting for STAT News helped bring to light much of the truth around this crisis. And as filmmakers, we’re looking forward to sharing his work with audiences.”

Armstrong, a former Boston Globe reporter who later was part of the Wall Street Journal team that won a Pulitzer Prize for its coverage of the Sept. 11 attacks, has for the past decade covered the health care industry. Armstrong in February 2019 published a story with STAT News and ProPublica that showed how the Sackler family, owners of Purdue Pharmaceutical, attempted to hide the fact that OxyContin is a stronger drug than morphine, and embraced its aggressive marketing.

That marketing is blamed by some analysts for fostering a crisis that has resulted in 200,000 overdose deaths related to prescription opioids since 1999. Since Armstrong’s article was published, widespread outcry has led to the Sackler name being removed from many of the institutions the family funded, including museums and universities.

Gaudet and Pullapilly are also attached to write and direct a comedy starring Kristen Bell and Leslie Jones, titled “Queenpins,” about a real-life coupon scheme that ended up sending two Arizona women to jail. Unlike the pair’s movie about the opioid crisis, “Queenpins” has not yet received financing or distribution.

The pair were set to direct another film, “Crook County,” about an undercover FBI agent trying to root out corruption in Chicago. Though Adam McKay and Will Ferrell signed on to produce the film via their production company, Gary Sanchez, the film appears to be in what Hollywood types call “development hell.”