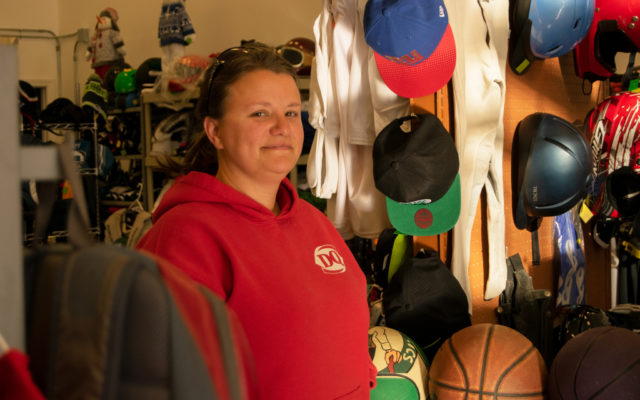 Nina Mahaleris • September 9, 2020
Amy Albert opened Replay Sports two years ago with a dream of a local shop where families could buy used gear for their kids at affordable prices.

OLD TOWN, Maine — Amy Albert opened Replay Sports two years ago with a dream of a local shop where families could buy used gear for their kids at affordable prices.

Now, the consignment store is about to close for good — and in doing so, it joins a growing list of Maine’s small businesses that have collapsed under the weight of the coronavirus pandemic this year.

“We can weather a storm and we have since March — that’s one thing. It is a whole other thing to weather a storm with no end in sight,” Albert wrote in a Facebook post announcing the store’s closure last week.

The past two years have been tumultuous for the small business, which began to see real growth in February and March — just before the pandemic forced it and many other small businesses to shut down temporarily.

“The timing couldn’t have been worse for us,” Albert said, standing behind the shop counter as customers trickled in and out.

Even after a two-month-long shutdown, it became difficult to keep the business afloat as people hesitated to go out in public early in the pandemic, she said.

While she’d made some profit in the summer with club sports, Albert faced more struggles in recent weeks with the delay of the fall sports season, as parents wait to buy gear until they know when their kids will play again.

Last week, the Maine Principals’ Association delayed the start of the high school season after the Maine Department of Health and Human Services and the Department of Education released a four-page letter addressing concerns with the MPA’s plans.

“Sports are huge [here],” said Albert, a mother of three, whose oldest son was recruited last year to play baseball for the University of Maine at Farmington. “Sports have been our whole life.”

Additionally, the cancellation of Old Town’s annual Riverfest had a big impact on the business. The event had brought in a lot of foot traffic last year.

Albert, who also works part time at Northern Light Eastern Maine Medical Center, said she had made plans to grow the business by expanding operating hours and investing in software to manage her more than 200 consignors before the pandemic hit.

The prospect of reopening the business later or starting a new venture someday isn’t on Albert’s mind right now — instead, she’s focused on preparing to close the chapter on Replay Sports. She said she had hoped someone would want to take over the store and keep it going through the rest of the pandemic.

“We have worked to stay afloat but with no end in sight with this pandemic, we just can’t do it anymore. It is sad as we still know the potential is huge,” Albert wrote in the Facebook post last week.

“If anyone has any interest in weathering the storm with this totally turnkey established business, please message us. Otherwise, onward and upward.”

Replay Sports will hold a store-wide closing sale before it officially shuts down at the end of the month. People can visit the shop at 240 Main St. in Old Town or call 207-827-4625 for information.