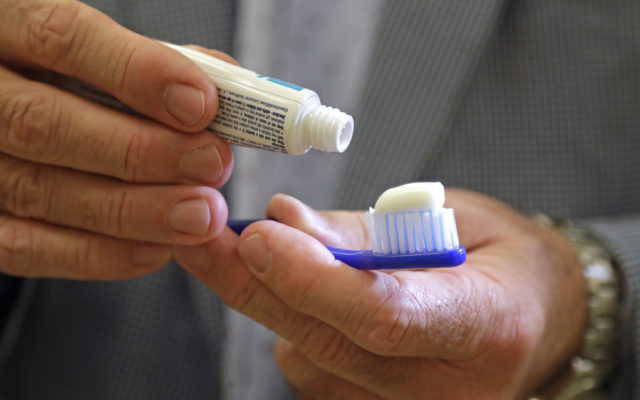 Nina Mahaleris • February 27, 2020
Orono and Veazie residents will decide in June whether to stop fluoridating their public water supply -- which could end a nearly 60-year practice.

ORONO, Maine — Orono and Veazie residents will decide in June whether to stop fluoridating their public water supply — which could end a nearly 60-year practice.

Fluoride is a mineral naturally found in water, soil and even in some foods and beverages. People can be exposed to it on a daily basis, most commonly through some toothpastes and mouthwashes. The mineral was first introduced in public water systems in 1945 to prevent tooth decay.

Both Orono and Veazie are part of the 63 public systems in Maine that fluoridate their water. Collectively, these public systems supply drinking water to more than 490,000 people across the state.

The Center for Disease Control and Prevention has even called it one of the greatest public health achievements of the 20th century. The agency routinely maintains that fluoridated water is both safe and effective in reducing tooth decay in children and adults by 25 percent, citing scientific research.

In 2016, at least 73 percent of the U.S. population had access to fluoridated water.

But the effects of fluoride have become a controversial issue in the United States, particularly in recent years, and widespread concern over possible health risks has provoked municipalities across the nation to re-evaluate whether to use it in their public water supplies.

In 2018, NBC News reported that 74 cities voted to remove fluoride from their drinking water in a span of five years, according to American Dental Association — which said that fluoride can be toxic in “massive amounts,” but is safe when used in community water systems at smaller, recommended levels.

With his father working as an oral surgeon and his mother as a nurse in his office, there was no getting away from fluoride and, growing up, Orono businessman Matt Acheson didn’t think there was anything really wrong with it.

But three to four years ago, that changed when Acheson accidentally swallowed fluoride after letting his niece, a dental student, practice on him. For a week after, Acheson said he felt sick to his stomach, lethargic and confused — and that was enough to make him cut out fluoride completely and implore the towns of Orono and Veazie to stop adding the mineral to their public water supplies.

Under the Environmental Protection Agency, 4.0 milligrams per liter is the maximum amount of fluoride that’s allowed in public water systems, to protect against skeletal fluorosis in adults — a condition that deteriorates bones and joints over time, although it’s uncommon in the United States.

Too much fluoride can also cause dental fluorosis in children, which can make the teeth appear discolored.

In Maine, the “target level” of fluoridation for dental benefits is far below that, at 0.7 milligrams per liter. This is currently how much fluoride is added at the Orono-Veazie Water District, officials said.

Tracking how much fluoride a single person ingests on a daily basis is not simple, but it can be done by measuring fluoride in urine or blood and by tracking a person’s dietary intake, Maine CDC toxicologists and drinking water specialists said.

“This isn’t a new issue … This is a public health practice [that] has been studied for years and decades that we know is safe,” she said, adding that fluoridated water is maintained at levels that are known to be safe and effective for people of all ages.

“The poison center isn’t flooded with people having too much fluoride,” she said. Simone emphasized that like anything, fluoride is toxic when ingested in huge amounts.

“It’s the dose that makes the poison. Anything can be a problem.” She said people should consult their dentists and pediatricians if they’re worried their child might be getting too much or not enough fluoride.

“Fluoride is good for you … It would sure be a shame if people didn’t get fluoride in their city water,” said Simone.

Acheson, whose parents were both pro-fluoride, said he isn’t dismissing the fact that the mineral is good for dental health.

Instead, he said he’s encouraging the public to learn about possible risks of fluoride when ingested in large amounts, pointing to a 2012 study by two Harvard researchers that suggested high levels of exposure might have an adverse effect on children’s neurodevelopment.

Yet, some pro-fluoride groups such as the American Fluoridation Society have rejected the study and maintain that “there [is] no valid, peer-reviewed scientific evidence of any adverse health effects of optimally fluoridated water.”

After publication, the Harvard researchers back-pedaled their findings, stating that the study was misrepresented in the media. They emphasized that the results “do not allow us to make any judgement regarding possible levels of risk” in exposure to fluoridated water in the United States.

“On the other hand, neither can it be concluded that no risk is present,” they added.

On Feb. 10, the Orono town council unanimously voted to add the referendum question to the ballot for June 9. At 6 p.m. on Monday, April 27, Orono is expected to host a public forum in which voters will get to hear the pros and cons of using fluoride.