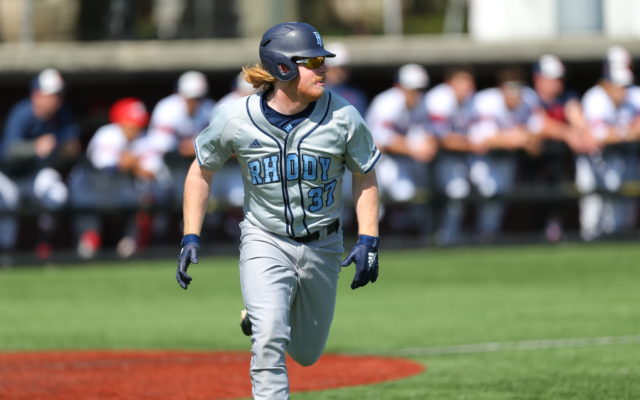 Orono native gets chance at the majors with Washington Nationals contract

Pete Warner, BDN Staff • June 18, 2020
For Orono’s Jackson Coutts, the conditions created by the coronavirus have served only to intensify his desire to become a professional baseball player.

The COVID-19 pandemic has turned the world upside down.

Even for those who haven’t contracted the coronavirus, it has meant putting aspirations on hold while trying to stay safe and waiting for schools, businesses and communities to return to some sense of normalcy.

For Orono’s Jackson Coutts, the conditions created by the coronavirus have served only to intensify his desire to become a professional baseball player. That dream became a reality on Monday, when he signed an undrafted free-agent contract with the defending World Series champion Washington Nationals.

“I know it’s weird under the circumstances, but an opportunity to play pro in any sport really shouldn’t be taken lightly,” Coutts said. “I didn’t want to pass it up.”

The two had been discussing Coutts’ baseball future for a couple of weeks.

“They can talk to pretty much anybody who didn’t get drafted and they talked to me first thing, so that must mean they’re really interested and they really want me,” Coutts said.

He had been advised, once an offer was made, to ask for some time to think about it. A half-hour later, he was back on the phone.

“I told [Malzone], look, I’m just really excited to go start my pro career because next year’s draft is going to be even more of a mess,” Coutts said, citing a 2020 major league draft that was cut from 40 rounds to five because of COVID-19 issues.

The limited draft likely means many prospects will be pushed to next year, deepening that class.

“Having two draft classes in one year with half the rounds is going to be a mess, so I figured I’d just go through it now and get a jumpstart on my career,” he said.

The standard contract includes a $20,000 bonus and $45,000 toward completing his college education.

The 21-year-old Coutts, a first baseman and outfielder, hopes to report later this year with other Nationals rookies to an instructional league at their spring training facility in West Palm Beach, Florida.

Before that happens, Major League Baseball and the MLB Players Association must work out their differences amid a stalemate that has left the season in limbo.

Coutts, the son of University of Maine softball head coach Mike Coutts and former Black Bears softball coach Lynn Coutts, has had plenty of time to consider his options.

His junior season at the University of Rhode Island was halted in March when the NCAA canceled spring sports and the university closed in response to COVID-19.

Coming on the heels of a disappointing 2019 season, Coutts was on an offensive tear through 13 games, leading the Rams in batting average (.451), hits (23), doubles (7) and home runs (4). It boosted his confidence about having what it takes to play pro ball.

Even though COVID-19 took away the rest of the season and eventually severely reduced the major league draft, Coutts decided the time was right.

“I love the sport of baseball so much and I thought, let’s just go do it anyways,” he said of pursuing a pro career.

Coutts’ resurgence was made possible in part because of changes he made prior to competing last summer in the Cape Cod Baseball League, the premier college wooden-bat circuit.

“I prided myself on eating better, changing how I worked out and making sure I was in the best baseball shape as I could be,” said Coutts, who trimmed his 6-foot-3 frame down to a more manageable 230 pounds.

Coutts said he is more agile in the field and faster on the bases, which has helped him get more doubles.

His commitment paid dividends during a Cape Cod League season in which he batted .293 with 12 runs batted in in 25 games playing against some of the top college players in the country.

“I learned so much just by watching, being with guys that have the same drive and aspirations as me to go play baseball,” Coutts said.

When the University of Rhode Island closed in March, Coutts moved home to Orono. He did what he could to stay in shape and the lack of a baseball routine was challenging. But the unexpected down time had benefits.

Family has been the backbone of success for Coutts, who has benefitted from the guidance of parents who have dedicated their lives to bat and ball games.

“Both my parents helped me in countless ways to improve my game,” he said. “My dad had good insight with pretty much everything, and my mom helped me develop my mental game, because the way you think in baseball really affects and dictates how well you perform.”

Their support has helped Coutts develop a determined and resilient approach to a game steeped in failure. He knows he’ll need every possible advantage moving forward.

“I got the opportunity, and I’m just going to take it and run with it,” he said.