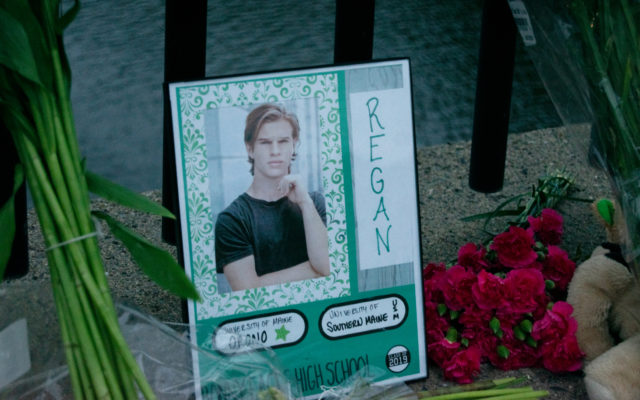 Orono pays tribute to teen who drowned in Stillwater River

Nina Mahaleris • September 29, 2020
People gathered along the bridge in waves Sunday, dropping off bouquets of flowers wrapped in plastic, stuffed animals and other tributes thoughtfully arranged beside a framed photo of the teen.

The bridge was reopened to Main Street traffic and few indications of what took place the night before remained, with the exception of a small memorial honoring the Buxton teen who had drowned hours earlier.

Police said that on Saturday evening, McCleary jumped from the Brandon M. Silk Bridge that connects neighboring Marsh Island to the rest of Orono.

McCleary was a second-year mechanical engineering student at the University of Maine and was on the Dean’s List, university officials said. He is remembered as a motivated and dedicated student who was kind and friendly to others.

“Our entire university community is grieving for the loss of a young life,” UMaine Vice President and Dean of Students Robert Dana said.

People gathered along the bridge in waves Sunday, dropping off bouquets of flowers wrapped in plastic, stuffed animals and other tributes thoughtfully arranged beside a framed photo of the teen.

The impromptu memorial was set up at the center of the bridge — in nearly the same spot where first responders hoisted a large crane over the railing the night before to probe the water below for any sign of McCleary.

Stillwater River is a popular spot for students of the university town, especially on warm days such as Saturday, when temperatures were above 65 degrees.

On especially hot afternoons, students will bring their inflatable tubes to the water’s edge and spend the day floating along the slow-moving channel that eventually reconnects with the Penobscot River.

People often find refuge from the water on one of the river’s many islets, or along surrounding rock ledges that jut out from wooded trails between Orono and Old Town.

The rock ledges are almost always full of people in the summertime, where jumpers will often swing on a thick rope from an overhanging tree branch into the river below.

Others — perhaps more daring — will occasionally attempt to jump off the Main Street bridge for an added thrill.

But the quiet river is known to be unforgiving at times.

In 2016, 21-year-old Maine Maritime Academy student David Breunig drowned after falling off a railroad bridge that crosses the Stillwater River in Orono before it meets the Penobscot.

Breunig was visiting friends at the University of Maine when he disappeared on Feb. 26. His body was recovered from the Penobscot River in Bangor about two months later.

Investigators ruled that he died of drowning and hypothermia from the water’s freezing temperatures.

The following year, the town of Orono enacted an ordinance banning people from jumping off the local bridges out of concern that they could get caught in the river’s current, strike objects in the water or distract passing motorists.

The Orono Police Department is still investigating the latest drowning. They have not determined why McCleary jumped, but anticipate having more information by the end of the week, Chief Josh Ewing said.

By late afternoon on Sunday, someone had placed four jerseys above McCleary’s memorial, each one tied around the shoulders with rope to secure the cotton fabric to the wide, black railing.

A young couple — their hands clasped together — walked quietly across the bridge to the memorial on Sunday evening. The woman placed a bouquet of flowers beside the others as her partner hunched over the railing, his head hanging below his shoulders.

For a few minutes, that’s where they stayed as the sky darkened overhead — standing in solitude with each other among a bundle of tributes to the lost teen.