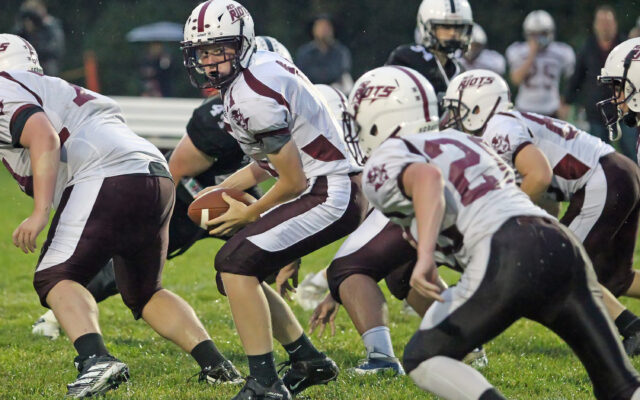 Playing in a rain-soaked game at the Maliseets Sports Complex, Houlton (2-0) erupted for 38 first quarter points and never looked back as the team compiled for 355 yards of total offense. Orono tallied just 68 yards of offense.

Solomon rumbled for 146 yards on just four carries (36.5 yards per carry average), while Caswell ran for 132 yards on five carries (26.4 yards) to lead the Shires. Solomon also hauled in three passes for 53 yards to lead the team offensively.

“After nearly two years of no tackle football, we’ve been improving steadily, week-by-week,” Houlton coach Jon Solomon said. “The scores of our games look great, but I am more impressed with our tempo and defense.”

Houlton’s quick strike attack was on full display from the onset.

If the first two games are any indication, the new eight-man football format is a perfect fit for the Houlton team. In their first two games of the season, the Shires have scored an impressive 120 points, while allowing their opponents just six.

The Shires have been stifling on defense, allowing just three touchdowns in four games, including the preseason.

Playing eight-man football, instead of the traditional 11-man games, has been an adjustment, Solomon said, as the format typically allows for much greater scoring opportunities with more space on the field.

“The field is really wide open, and we have several older kids at the skill position which helps us,” he said. “It certainly plays to our strengths, having four or five guys who can catch and run. But I would like to think that we would also be competitive if we were playing in the 11-man league.”

The coach added he was most impressed with his team’s ability to make open-field tackles. 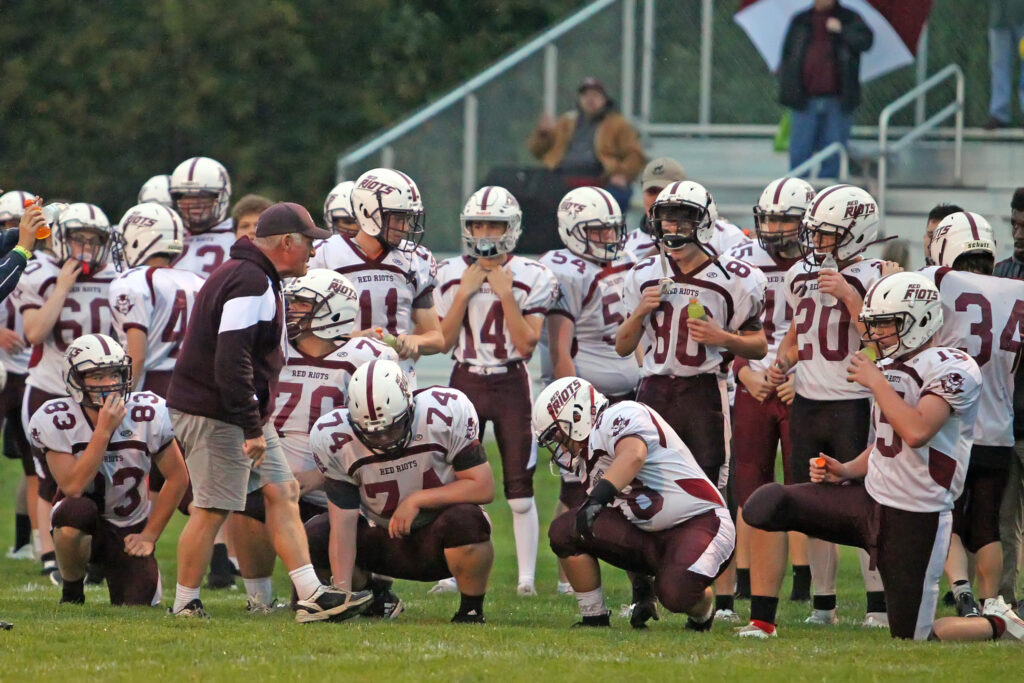 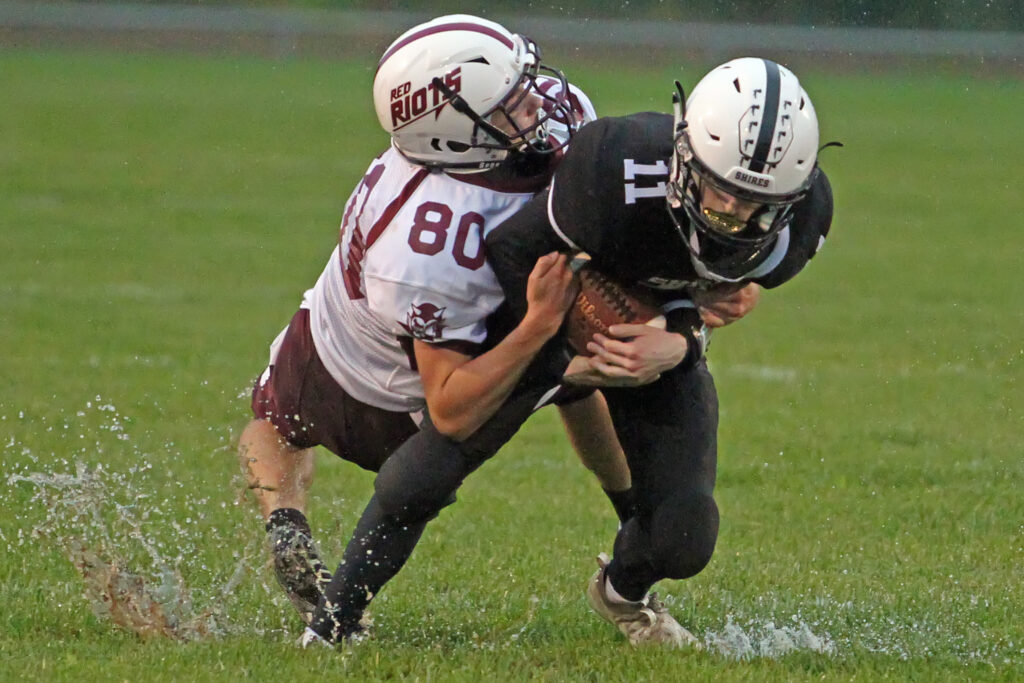 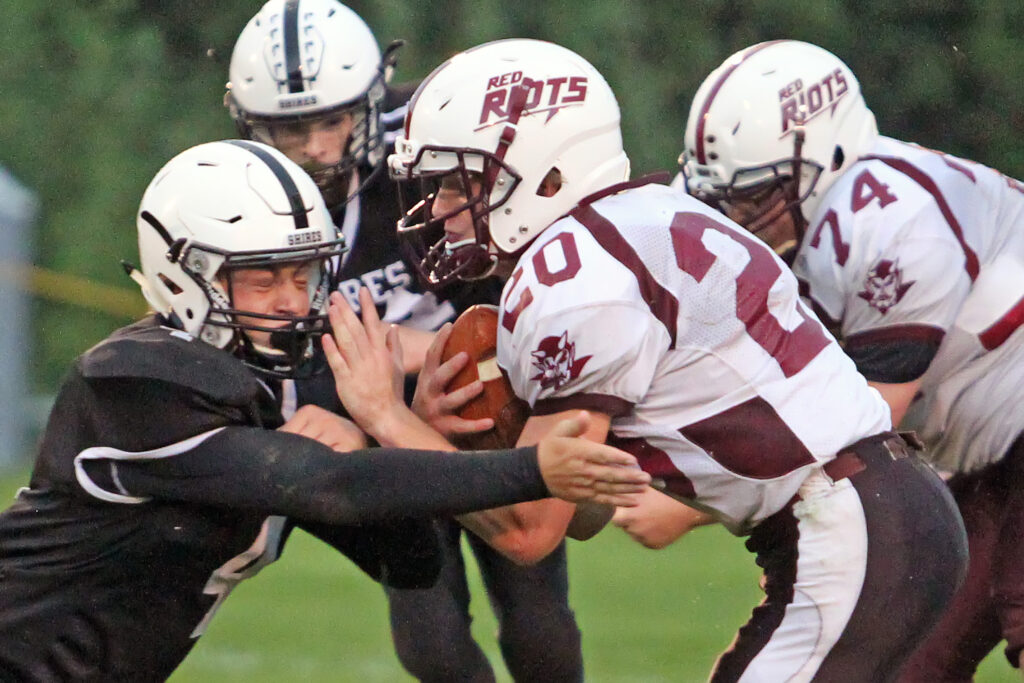 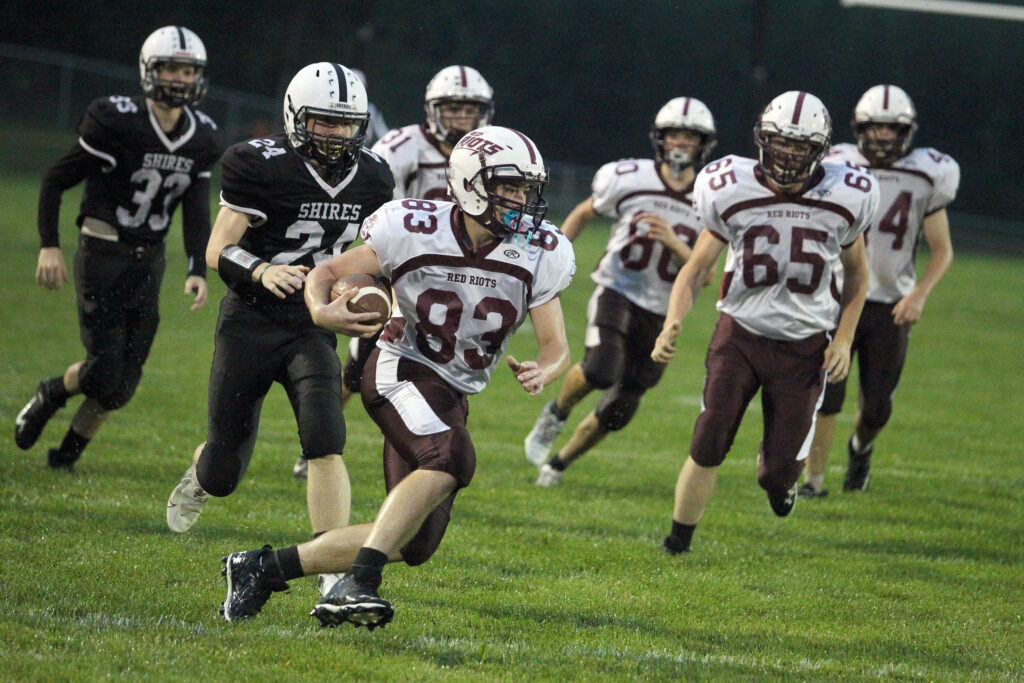 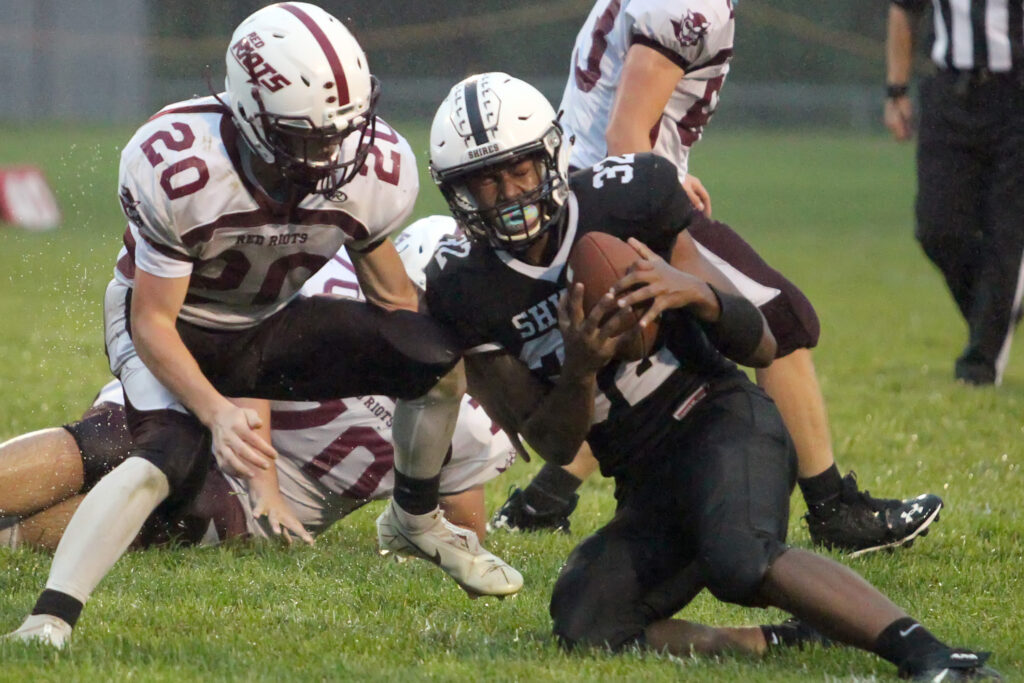 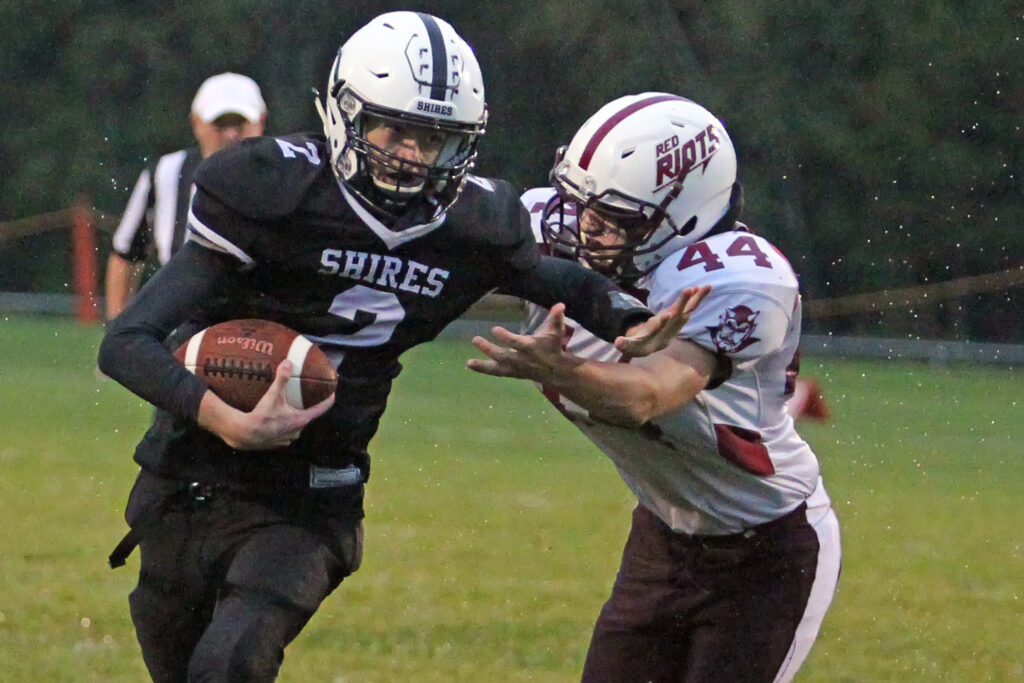