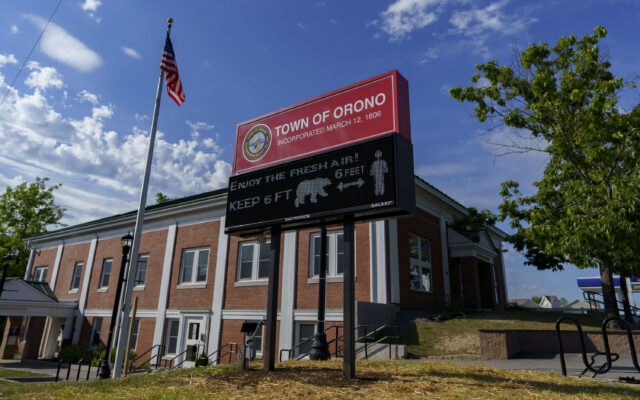 Sawyer Loftus • July 14, 2021
In its first meeting since approving a $13.6 million budget, the Orono Town Council approved nearly $5 million in spending in a single meeting.

ORONO, Maine — In its first meeting since approving a $13.6 million budget, the Orono Town Council approved nearly $5 million in spending in a single meeting.

The measures — all of which passed unanimously and largely stem from approved budget line items — include purchasing new pistols with specialized optics for the police department, new cruisers, new body cams, a new fire truck, new vehicles for public works and funding for paving projects.

Orono Police Chief Josh Ewing told the council Monday night that the department’s pistols are in the age range of needing to be replaced and the purchase of 17 new Glock 19s with a red-dot optic will provide safer conditions if the use of a firearm is needed.

The total cost for the new firearms with the optics is $22,503.09, but the department was able to get a $5,100 discount through an equipment trade-in.

“When it comes to deadly force — God forbid — that threat assessment has to be perfect,” he said. “Our body and our brain want us to look at what might be threatening us and decide if it’s a deadly threat. It’s counterintuitive to try and then line up the sights. This is much more natural.”

The new sight provides a dot that officers would have to line up with a target that more closely aligns with how the human eye works.

The Orono Police Department already uses red-dot optics on department-issued rifles. The optics are designed to essentially put a dot on the target while also allowing an officer to have a great field of view, Ewing said.

On top of the new firearms, the department was also approved purchasing two new police cruisers and equipment totaling $105,000. Of the new cruisers, one will be a hybrid engine, which will serve as a test to see if this is a viable cost-saving option for the department, Ewing said.

Over the last few years, the town and the department fell out of a long-established practice of retiring and replacing two police vehicles one year and then replacing an additional vehicle the following year, Ewing said.

This pattern allowed for some cost savings as well as preserving the life cycles of the police vehicles. But over the last few years, the department went back to only retiring and purchasing one vehicle per year to save money, he said.

Now that the town is on more solid financial footing following the global pandemic, it’s time to move back to the alternating system, Ewing said.

The department is also getting a new fleet of dash and body-worn cameras to replace those put into use between 2015 and 2016.

The council approved the purchase of a new fire engine after debating lease-purchase agreements.

Fire Chief Geoffrey Low told the council during its finance committee meeting on June 28 that the department needs to look at buying a new truck that will better serve the community’s needs and protect its crews.

With the council’s approval, the department will begin replacing its secondary engine from 1998 and purchasing a brand new engine that will help to centralize equipment that is spread out across multiple vehicles and better serve the community.

Public Works to get new vehicles and projects approved

The Orono Department of Public Works has been approved to purchase a front-end loader, two Ford F250 pickup trucks, a compact utility tractor, a second tractor and a zero-turn mower.

The new vehicles will replace some older ones the department already has and be used to continue offering the same level of service to the community the town already does, according to documents presented to the council.

The council awarded a $1.2 million contract to Sargent Corporation for work on the Mahaney subdivision utility and roadway improvement projects. The project aims to address long-standing drainage and wastewater main issues, according to documents presented to the council.

The town will also enter an agreement with Sebago Technics to plan, design and engineer services for a project that will increase ADA accessibility, and pedestrian and bicycle safety on Main Street. The agreement is only for phase one of the project and amounts to $44,500.