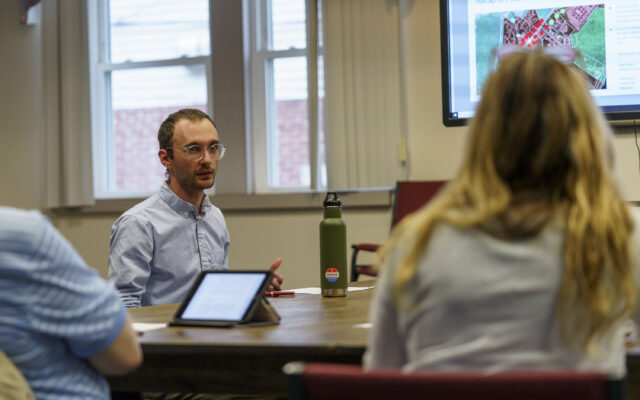 Sawyer Loftus • July 16, 2021
After voters approved a measure to allow recreational marijuana shops in two districts in Orono, the Town Council is poised to drop one of the allowed zones, rewriting the ordinance approved by the voters.

ORONO, Maine — After voters approved a measure to allow recreational marijuana shops in two districts in Orono, the Town Council is poised to drop one of the allowed zones, rewriting the ordinance approved by the voters.

At the council’s community development committee meeting Wednesday night, councilors again debated changes to the beleaguered ordinance allowing recreational pot shops in the town’s commercial one and two districts. This time, the resounding opinion was to cut the commercial two district from the ordinance.

At the committee’s last meeting in June, councilors were split on the issue, with some saying from the start the C2 district shouldn’t have been included in the ordinance, given its proximity to sensitive use areas including the University of Maine, an Islamic center and a childcare facility.

Others felt the shops should be looked at like liquor stores, which are already close to campus.

But during the Wednesday night meeting, Councilor Laura Mitchell doubled down saying allowing marijuana stores to open up on Park Street — the bulk of the C2 district — is an equity issue.

“When I think about the diversity and inclusion in this community, a lot of it is socio-economic. And there’s a large population of lower socio-economic families of which I grew up in, right there,” she said. “I do not think that this is an appropriate zone to be placing a non-federally regulated retail outlet of marijuana. I strongly am against this. This is bad for public health. This is bad for environmental health.”

Essentially, the problem with the ordinance as passed is that specific setback measurements and exemptions would only allow for one site on Park Street to be used as a location for a recreational marijuana shop, Town Planner Kyle Drexler said.

But it’s close to an entrance to the University, something that UMaine does not want, Town Manager Sophie Wilson said Wednesday night. Wilson said if the council wants to continue to keep the current setbacks in place, then staff feel the council should eliminate the whole district.

“Allowing the shops in a very small, narrowly defined space, making it allowed, and then creating setback issues that make [the shops allowed] in one little parcel over here is going to cause incredible headaches,” Wilson said.

Drexler provided alternative ways to measure setbacks, but councilors ultimately felt it was best to next review a change in the ordinance that would completely strike Park Street and therefore the bulk of the C2 district.

Although Orono residents voted on the specific ordinance back in March, they will not have to vote on any potential changes to it as the measure was offered to voters as a way for the council to better understand what the public wanted, Wilson said.

Orono residents opted the town into the statewide sale of recreational marijuana through a referendum in March.

The first recreational pot shop is slated to open in Orono by September in the University Mall shopping center. The shop — an expansion of Bangor-based Firestorm — could potentially be the only recreational shop allowed in the town given the ordinance’s language.