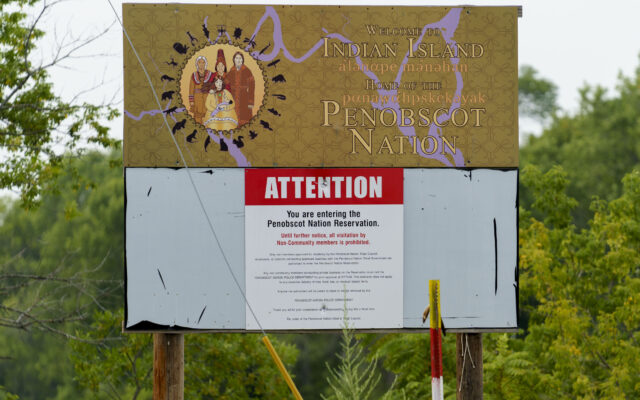 Current data show that from 33 percent to 45 percent of eligible members of the Penobscot Nation have had at least one dose of a vaccine against COVID-19, health director Candy Henderly said.

Both figures are far below state numbers, which sit at 66 percent of eligible Mainers having received one dose while about 70 percent have received a final dose.

Henderly said in the last week the Penobscot Nation identified five cases of COVID-19, two on Indian Island and another three off the island. Of the new cases, four out of the five are breakthrough cases, in which vaccinated people became ill, she said.

Although only five cases, the number of breakthrough cases identified within the tribe’s positive results combined with a low vaccination rate could create the perfect conditions for the virus to rip through the community.

While tribal leaders are not ready to enact sweeping measures, another lockdown of sorts is possible if things don’t improve, Chief Kirk Francis said during an informational town hall held via Zoom Aug. 25.

“We’re at a space right now where we’re very concerned with where things are, frustrated like all of you, but we need to start making some really hard decisions in the near future about what’s in the best interest of our employees and community,” Francis said.

As of Aug. 31, the Maine Center for Disease Control and Prevention reported two more deaths from COVID-19 and another 475 cases, bringing the state’s total to 75,856 cases.

At the beginning of the month, the tribe dismantled the checkpoint it had established at the entrance to Indian Island, a symbolic lifting of previous strict lockdown measures. But, with nearly 100 percent of recent samples testing positive for the delta variant at the state level, Henderly said leaders may need to take swift action.

“Delta gets out of hand very quickly, which is why the chief is talking about how we need to be responsive and act quickly because it can go wrong quickly,” she said. “So, we will keep it as normal as possible for as long as possible, but if we need to act it will likely be sudden.”

Despite these concerns, tribal leaders said they were confident about school resuming in person on the island next week as long as strict mask-wearing policies, in addition to  social distancing and other preventative health measures, were followed.

Chief Francis emphasized that one of the easiest and most effective things members of the tribe can do is to simply wear masks whenever possible to cut down on the spread of the virus.

“I think our challenge is how do you police [masking wearing]? Just to be clear our position is that it’s a simple thing to do: just wear a mask,” Francis said. “We’re of the mindset — or at least I’m speaking for myself — everyone should have a mask on any time they are out in public, inside or out.”