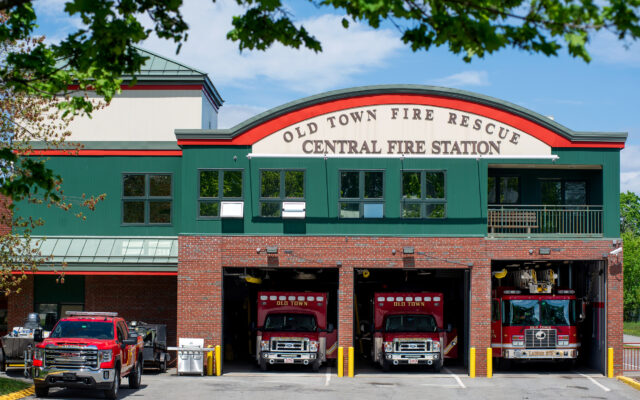 Sawyer Loftus • May 20, 2022
A spike in the cost of ambulance services for about a half dozen communities around Old Town has them starting to discuss whether to create a regional ambulance service to minimize future cost hikes.

A spike in the cost of ambulance services for about a half dozen communities around Old Town has them starting to discuss whether to create a regional ambulance service to minimize future cost hikes.

The town of Bradley, for example, is bracing for a more than 100 percent increase in what it pays to Old Town for ambulance services for the fiscal year that starts July 1. The town of nearly 1,500 residents will have to pay $88,125 in the coming year, up from $40,207 this year.

The cost increase is the result of Old Town having to add staff for another shift and its inability to recoup enough costs from patients’ insurers and past debts from those they’ve taken to the hospital.

Old Town is one of the few communities north of Bangor with an ambulance service. It has contracts to serve Argyle, Alton, Bradley, Greenbush, Greenfield, Milford and the Penobscot Nation.

But Milford has started its own ambulance service that will handle some types of calls. That means one less town will be in the mix to cover the costs of Old Town’s ambulance service at the same level in the coming years.

“What our interest, and concern is, is the future,” Lugdon said. “Increases in line-item budgets year over year that exceed 100 percent are unsustainable for a little town like Bradley.”

Currently, Old Town charges the towns it has contracts with on a per-capita basis, which the city thinks is most equitable, Old Town Councilor Stan Peterson said. Bradley Town Manager Melissa Doane asked Old Town councilors if they have considered charging towns based on the number of service calls rather than residents.

“Per capita pretty much doesn’t change each year, and that’s something every town could budget around,” Peterson said. “Unfortunately, you’re sitting here in a perfect storm.”

Wilcox said he understands the frustrations and concerns around rising costs. Old Town’s level of service is also taking a hit, he said, as it struggles to pay for its ambulance service.

The city recently sent letters to Glenburn and Hudson, for example, saying it has to scale back the service it’s provided to those communities.

“The ambulance service in the broader Penobscot County valley area is very fragile,” he said. “There are a lot of times when there are no ambulance services available, and no one is coming.”

Old Town and Bradley officials agreed on the need for an evaluation of the current cost-sharing model, especially when Milford formally leaves the cost-sharing equation.

One potential solution to increase service and reduce costs is a regional ambulance service for the Old Town region, Wilcox said.

“I don’t know what regionalization would look like, but you’re going to see if it has to happen,” he said.