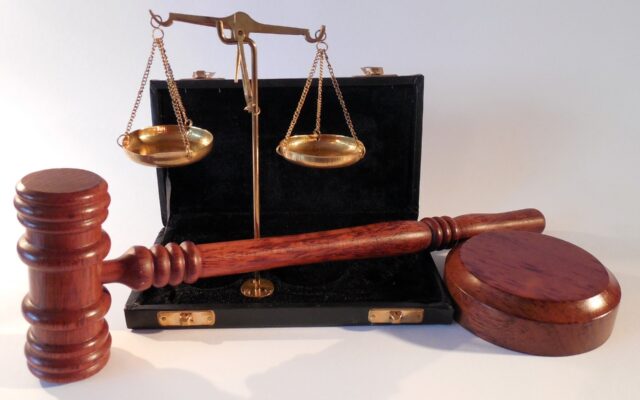 Contributed News • May 6, 2021
Our 45th president, Donald Trump, has recently been impeached for the second time in his presidency. The charges are related to Trump's alleged incitement of insurrection as a result of a deadly riot, which involved the storming of the United States Capitol in Washington, D.C., by his supporters, which occurred on Jan. 6, 2021, during the United States Congress' certification of electoral votes in affirming Joe Biden's victory over Trump

Our 45th president, Donald Trump, has recently been impeached for the second time in his presidency. The charges are related to Trump’s alleged incitement of insurrection as a result of a deadly riot, which involved the storming of the United States Capitol in Washington, D.C., by his supporters, which occurred on Jan. 6, 2021, during the United States Congress’ certification of electoral votes in affirming Joe Biden’s victory over Trump. Even though Trump only had a few weeks left in office, officials still decided to impeach Trump; Bernie Sanders said it best: “It must be made clear that no president, now or in the future, can lead an insurrection against the U.S. government.” It is safe to say that our country does abide by the rule of law since we have moved forward with impeachment of our president.

While it is obvious that our U.S. president is not above the law, it is clearly evident that not all our citizens are equal under the law as evidenced by the case of George Floyd who on May 25, 2020, had gone into a grocery store and purchased a pack of cigarettes with a counterfeit twenty-dollar bill. An employee called 911 and officers arrived on the scene and approached Floyd in his vehicle and asked him to step out. Though surveillance footage shows otherwise, the four police officers claimed there was a struggle after asking Floyd to step away from his vehicle. Eventually the handcuffed Floyd ended up face down on the pavement, and Chauvin “placed his left knee in the area of Floyd’s head and neck.” Floyd said, “I can’t breathe” multiple times and repeatedly said “Mama” and “please,” as well.

In summary. not all Americans receive equal treatment under the law. Derek Chauvin, who represents the law, took the law into his own hands and killed George Floyd.

As a result of Floyd’s death, protests. riots, and violence occurred in major cities all over the United States in response to lack of justice for Floyd and his family and other black victims of police brutality, including Breonna Taylor, Ahmaud Arbery, Rayshard Brooks, Eric Gamer, etc. Current events in the U.S. in 2020, which arc likely to carry over into 2021, have shown deterioration of rule of law to include rampant rioting. violence, looting, violent protests/mobs recurring following multiple police shootings of black victims by overzealous police officers who believe they have more power than they really do.

In order to protect the principle of rule of law and keep it from deteriorating in our courts, governments, and communities, as a society we need to promote social justice and equality for everyone, reform the training for police officers (for example training strictly for diversity or just more in-depth training), keep corruption under control (there has been a growing awareness in recent years of the critical role of checks and balances to prevent abuses of power, especially by the executive branch). Social organizations should address social problems prevailing in our society. We should have unbiased, reliable media so the people know who and what to believe.

In conclusion our government has moved to impeach our president, our country is angry with the misuse of our public safety figures. and dire changes need to be made soon to prevent deterioration of rule of law.