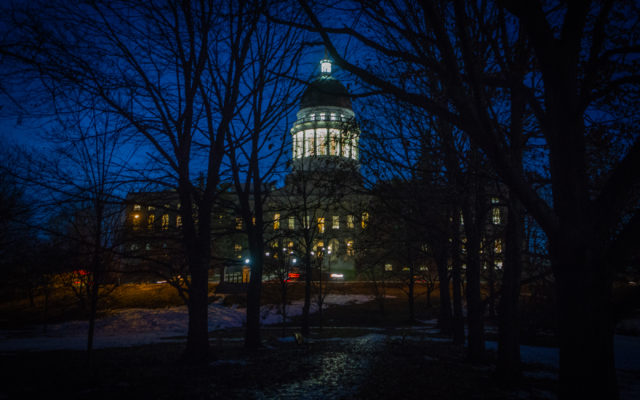 Contributed News • May 12, 2020
During a crisis, people expect their government and their leaders to step up and respond. Keeping citizens safe is the foremost responsibility of the state government, and in Maine we have a lot of tools to help us do that during a crisis.

During a crisis, people expect their government and their leaders to step up and respond. Keeping citizens safe is the foremost responsibility of the state government, and in Maine we have a lot of tools to help us do that during a crisis.

We have the Maine Emergency Management Agency (MEMA), which works to make sure Maine is prepared for any number of potential disasters and coordinates with county and local governments, businesses and nonprofits when disaster strikes.

Typically, coordinating the state’s emergency response is the job of the governor, who has the ability to declare a “state of emergency,” which removes certain bureaucratic hurdles and allows them to be effective and adaptable in their response to an often rapidly changing, and potentially life-threatening, situation.

State of emergency declarations are quite common and have been used by Democratic and Republican governors alike. In addition to the current COVID-19 state of emergency, recent states of emergency have facilitated responses to wind storms, blizzards and even government shutdowns.

While the governor and state agencies play a central role in emergency response, there is also a role for the Legislature in ensuring Maine is prepared for and can respond to a crisis.

Before we adjourned in March to reduce the risk of spreading COVID-19, we took steps to ensure Maine could respond effectively, including beefing up the unemployment system, giving necessary flexibility to schools, towns and cities to continue their business; allowing MEMA to coordinate and delegate effectively; creating loan programs; and allowing elections to be conducted in a safe and fair manner.

In addition, we brought the state’s Rainy Day Fund up to its highest level ever and passed a budget that gives the necessary flexibility for state agencies to respond. We did all of this in a bipartisan, nearly unanimous fashion.

The Legislature also has the ability to provide oversight of government agencies at any time, which can help ensure that these agencies remain transparent and effective even during a time of crisis.

We’ve been hearing from people for weeks about long call waiting times, delayed benefits and unclear information as they tried to apply for unemployment to keep paying their bills and putting food on their tables.

That’s why last week the Legislature’s Labor and Housing Committee brought in Labor Commissioner Laura Fortman to provide answers about her agency’s efforts to roll out expanded unemployment insurance programs. Legislators were able to relay these concerns directly to Commissioner Fortman and get answers about how they would be addressed.

In addition, legislators will be participating in Gov. Janet Mills’ new Economic Recovery Committee, which will be tasked with developing recommendations to mitigate the damage to Maine’s economy caused by the ongoing COVID-19 pandemic, and to jumpstart a long-term economic recovery for Maine people, businesses, and organizations.

Participation will be bipartisan, with two Democrats and two Republicans serving alongside business and civic leaders from across the state.

This crisis affects all of us, and getting out of it will require broad input and transparent, decisive action from elected leaders to make sure our recovery works for all of us. Making sure that happens will be the most important job of the Legislature going forward.

If you need assistance or would like to weigh in on Maine’s COVID-19 response, you can always email me at James.Dill@legislature.maine.gov or call my office at 207-287-1515. I work for you, and you have a right to hold me accountable.