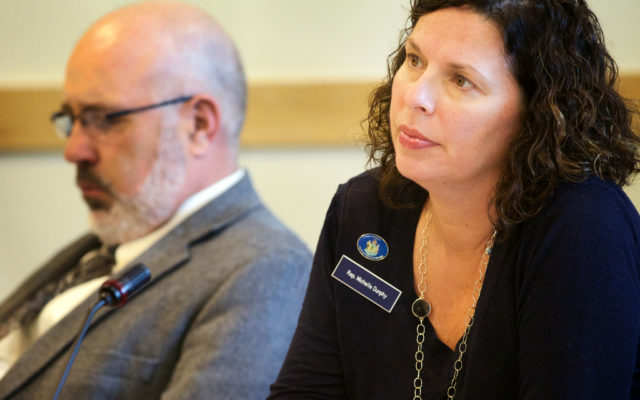 The world is run by the people who show up

It’s an election year. The television ads have already started and candidates and their volunteers are canvassing voters to earn their support. I hear a lot of people groan about the seemingly endless election cycle and how they eventually just tune it all out.

In a country where we treasure the right to vote, we also have to make the allowance that people also have the right to turn away and not vote. Maine has always enjoyed a high level of civic engagement. In presidential election years, voter turnout in Maine often exceeds 70 percent of all eligible voters and has among the highest participation rates in the nation.

But still, 30 percent stay home and give the whole thing a pass.

I was talking with a coworker during a break recently, and they said they didn’t vote because “it really doesn’t matter. I’m just one vote, and I’m busy. Who cares, anyway? They just do what they want no matter how I vote.”

I think it’s easy to think that way. But I also have seen how one or a few votes have made a huge difference. Sen. Cathy Breen, who is the chairperson of my committee, was elected to her first Senate term in an election where more than 25,000 voters cast ballots in her race — and she won by just seven votes. When John F. Kennedy was elected president in 1960, the margin was the equivalent of one vote in every precinct in America. That’s a tight election. The people who showed up for that election — in fact, in every election — are the ones who made the difference and whose voices shaped the future.

On March 3, Maine will conduct its first-ever March presidential primary. While President Trump is unopposed in Maine’s Republican primary, there are a dozen names on the ballot for the Democratic nomination.

But there’s more. Question 1, the people’s veto of the new law removing religious and philosophical exemptions to the mandatory vaccination law, is available for any eligible voter to weigh in on, whether you’re registered in a party or not. And if you aren’t registered, you can do that right at the polls on March 3.

Volunteers canvass voters, make phone calls and put up signs for a reason. These issues are important and the government requires our consent in order to move forward. If you don’t vote, then it’s the ones who do who call the shots. Shouldn’t you have a say in your future?

Last year, my daughter voted in her first election. She had registered to vote right after she turned 18. So in June, when we had the RSU 34 budget validation vote, she went to the polling station at the Elks Lodge, announced herself, received her ballot and a felt pen from the ballot clerk after they checked off her name on the voter list, went into a voting booth, marked her ballot, and went and dropped it into the ballot box. After returning her pen, she got an “I Voted” sticker. It was simple, quick and easy. As it should be.

Her great-grandmother, Mary Josephine McKee, would have looked on in amazement. Mary was arrested in the streets of Chicago while marching in a suffrage demonstration. A hundred years after women were given the right to vote after ratification of the 19th Amendment to the United States Constitution, it’s probably natural that such a simple thing as voting may seem so routine as to be unimportant.

This, though, is how we run the country and we do it best when we do it together.

Rep. Michelle Dunphy is a Democrat representing House District 122, which comprises the City of Old Town and the Indian Island Voting District. She is a member of the Joint Standing Committee on Appropriations and Financial Affairs.