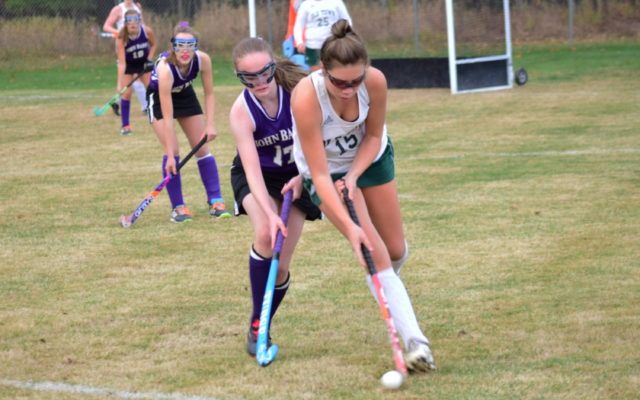 SOCCER: The Old Town girls team lost 7-1 to the Bangor Rams Monday, Oct. 26. The Rams shut out the Coyotes’ junior varsity team 10-0. The boys varsity team finished its season with a 6-2 loss to Bangor the same night. The JV team came away with a 4-0 win.

The girls game against Maine Central Institute on Saturday was canceled after the state downgraded Washington and Somerset County schools’ safety rating to a “yellow designation,” due to the coronavirus.

The Orono boys and girls team finished out the season on Tuesday, Oct. 27 with games against Piscataquis Community High School. The girls shut out the Pirates, 4-0, with the boys coming away with a 7-0 win.

FIELD HOCKEY: The Coyotes faced off against the John Bapst Crusaders Tuesday evening, pulling off a 5-1 win. The JV squad also beat the Crusaders 3-0. The team finished out their season on Friday with a 5-0 win for varsity and a 1-0 win for the junior varsity. 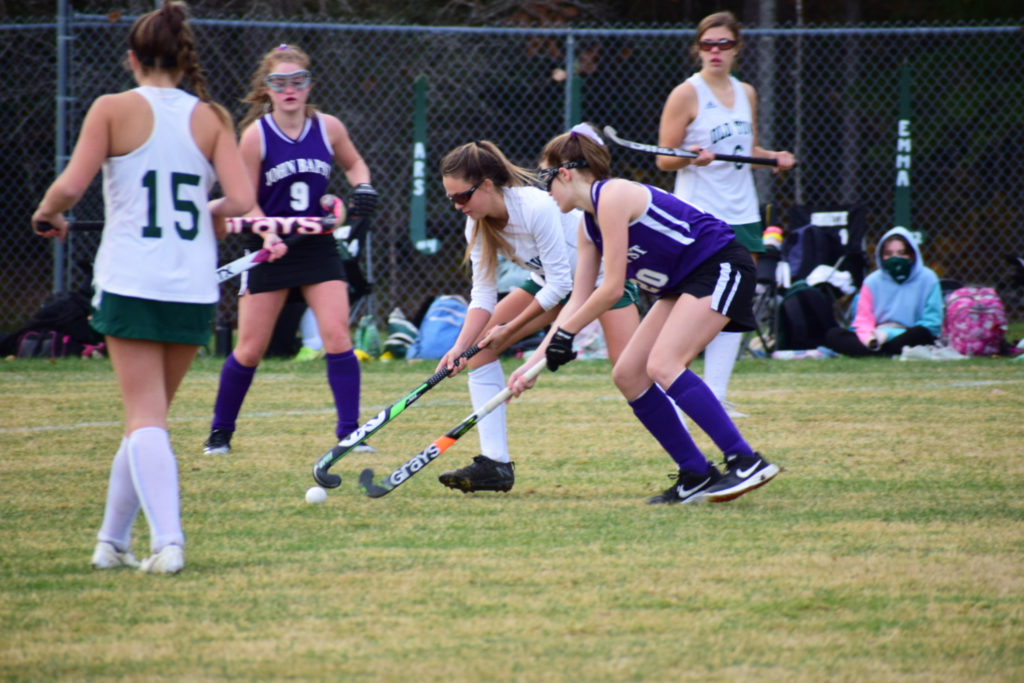 Players battle for control of the ball during a match between the Coyotes and Crusaders on Tuesday afternoon. (Nina Mahaleris|Penobscot Times) 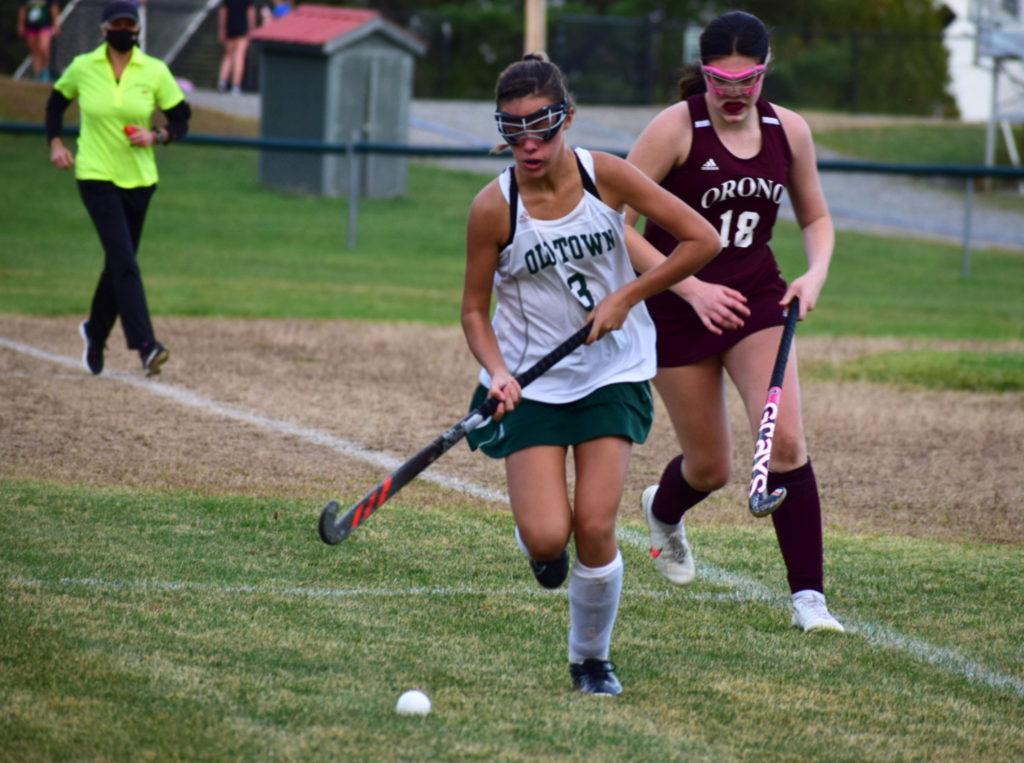 CROSS COUNTRY: Old Town competed in the PVC Regional Qualifier on Saturday at Saxl Park in Bangor. The girls and boys teams finished in third and fourth place, respectively. The girls team qualified for state meet on Nov. 14 to be held at the same location. Philip Alyokin and Ethan Roach of the boys team also qualified for the state championship meet on Nov. 11, also to be held at Saxl Park.

The Orono girls team was edged out of another Class C PVC Title by George Stevens Academy of Blue Hill. The school placed three runners among the top five with Julia White in second, fourth-place Erin Gerbi and fifth-place Megan Gerbi.

The boys team — which was also beat out for an eighth consecutive Class C PVC Title by GSA — placed three runners among the top five finishers with Kyle McClellan coming in second, Thorin Saucier in third and Colby Pawson in fifth. Orono will also compete in the state meet on Nov. 11.