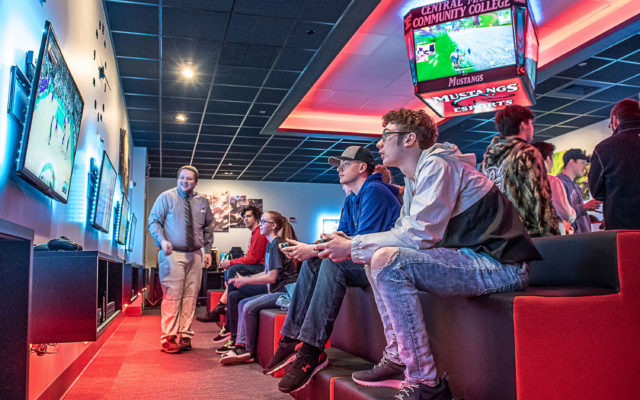 Nina Mahaleris • January 4, 2021
Esports is a fast growing activity in the gaming world. The virtual sport is sanctioned by the Maine Principals Association -- though it’s usually reserved for middle, high school or college students.

ORONO, Maine — Esports is a fast growing activity in the gaming world. The virtual sport is sanctioned by the Maine Principals Association — though it’s usually reserved for middle, high school or college students.

But a new program between the town of Orono and the University of Maine is giving elementary students a chance to enter the world of esports.

Esports has become more popular in Maine, especially during the coronavirus pandemic, as it allows kids to virtually compete against one another without leaving their homes. The MPA added esports to its list of official extracurricular activities earlier this year.

While UMaine has its own esports program for university students, this is the first time it’s used its partnership with the municipality to open up the competition to younger students.

The university’s New Balance Student Recreation Center and the town of Orono often collaborate on summer camp programs and other community-based services.

Dale Russell, the center’s assistant director for sport clubs and youth programs, is spearheading the league with Meghan Mazzella, the parks and recreation coordinator for Orono.

While other schools in Maine offer esports — such as in Waterville and Bangor — Mazzella said Orono’s is unique because it doesn’t need to outsource to run the program. Since UMaine already has an established esports program, the kids’ league can run through the same system.

The league is open to kids in grades two through five, who can sign up to participate in a six-week Minecraft competition. Players will get to compete in one-on-one, timed matches every week.

Players can register until Jan. 3 and play will begin Wednesday, Jan. 6.

Some parents may be apprehensive about signing their kids up for even more screen time during the pandemic, Mazzella said. But the program is safe for kids because they’ll be supervised online during play instead of wandering the cyberspace alone.

More than anything, Russell said their hope for the program is to be able to give kids a way to engage with each other, at a time when they can’t be together in person.

People can sign up for Orono’s esports league via the town’s website. Registration is $25 for Orono residents and $35 for non-residents.