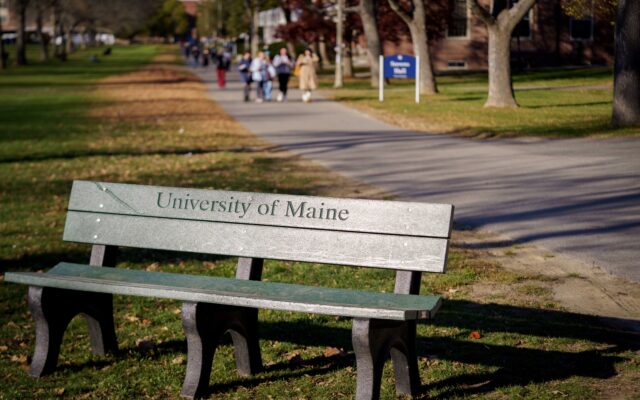 UMaine and UMF have budget gaps in the millions

Sawyer Loftus • January 15, 2023
Two University of Maine System campuses will have to close combined budget gaps of nearly $17 million by the end of the academic year, underscoring how historically low enrollment has forced the state’s public university system to cut costs.

Two University of Maine System campuses will have to close combined budget gaps of nearly $17 million by the end of the academic year, underscoring how historically low enrollment has forced the state’s public university system to cut costs.

The deficits in the budgets at UMaine and UMF stem from lower enrollment, officials from both campuses told members of the University of Maine System’s Board of Trustees Thursday.

The University of Maine’s budget gap of $15 million is nearly 4 percent of the campus’ operating expenses. UMF, which has already experienced painful belt-tightening in prior years, will have to bridge a $2 million shortfall.

Last year, the university lost 18 professors due to position eliminations and early retirements to bring the campus’ budget back into balance after years of financial decline. But the loss of those professors has also taken a toll on the student experience at the western Maine university.

The university system is taking in less revenue because of lower-than-expected enrollment this fall. The drop matches a national trend of fewer students enrolling in college during the COVID-19 pandemic, but it complicates budgeting because fewer students means less revenue.

The system earlier this year anticipated a 4 percent decrease in enrollment, but the official student count on Oct. 15 was down 5 percent from last fall, representing a decline of approximately 1,000 students. This fall’s enrollment across the state’s seven universities is 24,808 students.

It is a fairly regular practice to update and adjust budgets midway through the financial year, since the campuses across the University of Maine System create budgets, in part, based on enrollment projections.

After each campus completes its headcount of students in mid-October, the financial picture of the current academic and fiscal year comes into focus.

“Identifying what the gaps were was not our biggest challenge, it was solving them,” Low said. “The solutions at both campuses I think are pretty consistent with the four proposals that were seen in October.”

So far, the system has maneuvered through this year’s round of budget changes, but next year will likely be more difficult, Trish Riley, chairperson of the university system’s board of trustees, said during a trustees committee meeting in October.

With plans in place to address the funding gaps, the university system can shift its attention toward building the next round of budgets based on the increase to the state’s annual appropriation to the universities in Gov. Janet Mill’s budget proposal, Low said.

Another factor that may affect campus budgets is a newly signed agreement between the seven universities and the University of Maine School of Law that firms up how they share revenue when students take courses from multiple system schools. This is part of the idea behind the university system’s unique unified accreditation that paves the way for more resource-sharing among the campuses.

The agreement defines how two campuses can share courses and offers a framework academic departments at different campuses can use in place of separate agreements that vary from department to department, Low said in November.